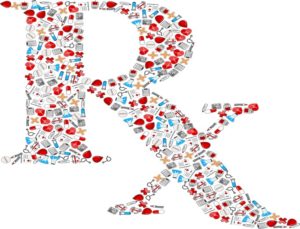 A USC study released Tuesday comparing Medicare prescription drug prices with those paid by Costco members found that the federal government overpaid on roughly half of the most common generic medicines in 2018.

The study — which appears as a research letter in JAMA Internal Medicine — compared Medicare Part D prescription drug prices with those paid by Costco members, and found that:

“Efforts to reduce prescription drug prices tend to focus on brand-name medicines, but the opaque pharmaceutical supply system can also cause health plans and taxpayers to overpay for generics,” said Geoffrey Joyce, director of health policy at the USC Schaeffer Center and chair of the Department of Pharmaceutical and Health Economics at the USC School of Pharmacy.

Medicare Part D is administered through private plans that negotiate via pharmacy benefit managers, or PBMs, on behalf of the Medicare system. The study’s authors said the findings suggest that policymakers should take a closer look at the practices of the intermediaries that effectively negotiate drug prices on behalf of Medicare — but don’t necessarily pass on the savings to beneficiaries and taxpayers.

“Our analysis shows that in systems like Costco’s, where incentives are set up to deliver value directly to the consumer at the pharmacy counter, that’s what happens,” said Erin Trish, associate director of the Schaeffer Center and an assistant professor of pharmaceutical and health economics at the USC School of Pharmacy. “It’s time to fix those incentives in the Medicare Part D system to put the patient first.”

More than 45 million Americans are enrolled in Medicare Part D, which provides coverage for outpatient prescriptions.

Funding for the study was provided by the USC Schaeffer Center.