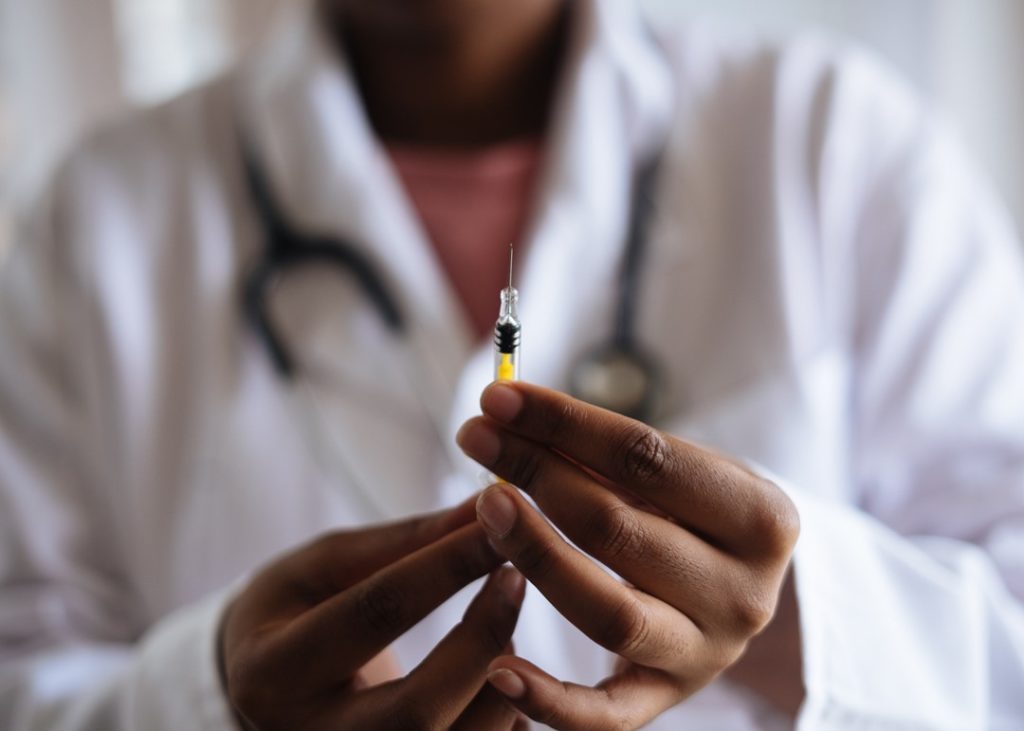 More than 600,000 doses of COVID-19 vaccine are expected to be available throughout Los Angeles County next week, and a top county health official Friday urged everyone — even young residents who may feel they’re healthy and impervious to the virus — to get a shot.

“For those of you in the younger eligible age groups who may feel that because you’re young and healthy getting vaccinated isn’t as important for you as it is for your elders, please know that protecting yourselves from getting the virus is one of the most important things that you can do to protect and provide for your loved ones,” said Dr. Paul Simon, the county Department of Public Health’s chief science officer.

“I want to really underscore this point — many people may believe that they’ve weathered the pandemic so far unscathed and they’re healthy and even if they become infected they may not get ill,” Simon said. “But the vaccination is not only important for your own protection, but it serves to protect others —  your loved ones, your friends, anybody that you may interact with. So it’s important for both reasons to be vaccinated.”

Simon stressed that while early studies and clinical trials concluded that the vaccines mainly prevented people from becoming seriously ill from the virus, more recent studies have found that they are also effective in preventing people from contracting the virus at all. Even in rare cases where fully vaccinated people do contract the virus, it is less severe and patients are less likely to spread it to others.

Vaccines became available statewide on Thursday to everyone aged 16 and older. Los Angeles County estimates there are about 5 million people between ages 16 and 49 who became newly eligible on Thursday, but about 1.5 million of them are believed to have already received at least one dose as a member of a previously eligible group.

As of April 9, 41% of the county’s overall population aged 16 and older have received at least one dose, Simon said. About 71% of the county’s population aged 65 and up have received at least one dose. He said the county is filling the vast majority of its available vaccine appointments, particularly now with more people eligible for the vaccinations. He said there has only been a 5% to 10% rate of no-shows for appointments.

Simon said so far, the county has not seen any spike in vaccine hesitancy, which was feared following issues that arose this week with the Johnson & Johnson vaccine and forced a halt to the use of that medication.

“We continue to have an excellent turnout,” Simon said. “As we get closer and closer to vaccinating everybody, though, I think we then start to get concerned about people and groups that may have reluctance to be vaccinated, so we’re watching for that very closely.”

Simon said the county remains on pace to get 80% of the population vaccinated by the end of June. He noted that from April 4-11, 670,000 doses were administered in the county, for an average of nearly 100,000 per day.

Next week, the county will receive an allocation of 361,750 doses, a 12% increase from this week. That supply will be supplemented by direct allocations by the state and federal governments to specific providers such as major health systems, health-care centers and pharmacies. With those allocations, more than 600,000 new doses will be available across the county next week, Simon said.

Simon said the county continues to make good progress in its fight against the virus, but recent spikes in cases in states such as Michigan and New Jersey are examples of what could happen if people let their guard down too soon.

“So that’s why even though our numbers are pretty good right now, we’re really urging people to hang in for another couple months to do everything possible to prevent spread,” he said.

According to state figures, the number of people hospitalized in Los Angeles County due to COVID dropped below 500 again on Friday, reaching 498. That’s down from 512 on Thursday and 518 on Wednesday. There were 117 people in intensive care, down from 123 on Thursday. On Friday, the county reported an additional 36 COVID-19 deaths, bringing the cumulative county death toll during the pandemic to 23,601. Another 643 cases were also reported by the county, pushing the overall pandemic to 1,228,114. View the latest detailed report by city and demographics here.

According to the county, the average daily rate of people testing positive for the virus fell to 1% on Friday, the lowest it has been since the beginning of the pandemic. The rate peaked at more than 20% in December.