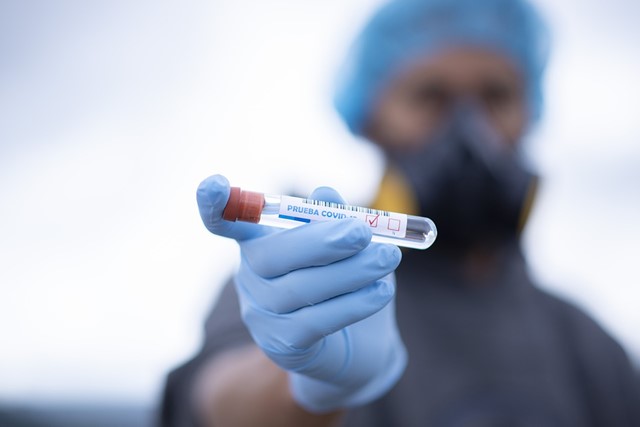 Exact plans for their proposed deployment were not released.

“Bringing additional medical staff into the state will allow us to save lives and ensure our hospital systems are not overstretched,” Gov. Gavin Newsom said in a statement. “Now is the time to use every resource at our disposal to fight the spread of this virus and protect Californians.”

County Supervisor Janice Hahn has been pushing for the Mercy hospital ship to return to the Port of Los Angeles, saying it would provide needed space and personnel to help hospitals during the current surge of COVID-19 cases. The ship was deployed to the port in the early days of the pandemic in anticipation of a hospital surge that never materialized. Only a handful of patients wound up being treated on the ship.

Hahn this week took to Twitter to continue her push for the ship, urging the Navy to put the ship back in service as quickly as possible.

“I am no expert, but I have to question the wisdom of dry-docking a hospital ship during a pandemic,” Hahn wrote. “Navy needs to expedite this `scheduled maintenance’ and get her back in service as a hospital ship or find a way to send the Mercy’s medical team to Los Angeles County.”

According to the state, the latest request for federal personnel would be in addition to 1,420 state and federal “medical surge personnel” already deployed across the state.

Dr. Christina Ghaly, county director of health services, said Tuesday the state has provided 36 contract nurses to the county so far, and two 20- person U.S. Department of Defense teams are expected to arrive in the next two days at a pair of county-run hospitals — Harbor-UCLA Medical Center and County- USC Medical Center. Five other private hospitals in the county are also expected to receive federal health teams, Ghaly said.

A U.S. Army Corps of Engineers team was also dispatched to the county to help hospitals repair oxygen delivery systems, and a team from the California National Guard was sent to assist the county coroner’s office with management of the large number of bodies resulting from the spike in COVID deaths.

Ghaly has said repeatedly the issue facing hospitals is not a lack of space, but a lack of personnel. She said last week the county would welcome a return of the Mercy ship, despite its relatively limited use during its last visit, noting that medical centers are in a much different position now than they were in the early days of the pandemic.