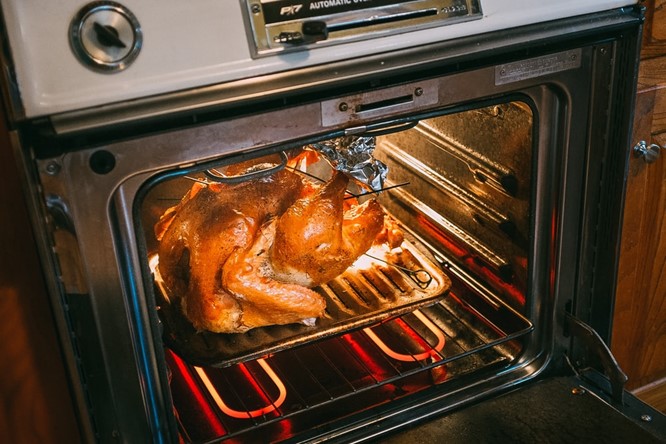 If you can’t take the heat, stay in the kitchen.

The heat being the dramatic increase in home cooking fires at Thanksgiving and the warning applying to the biggest reason for those blazes — unattended cooking.

A fact that is true year-round but especially on Thanksgiving Day when reported home cooking fires more than triple to an average of 1,630 nationally compared to the 470 on a typical day, according to the National Fire Protection Association. The day before Thanksgiving (740) is tied with Christmas Day as the second highest for the fires.

What’s more, the smaller Thanksgiving gatherings recommended by the Centers for Disease Control and Prevention because of COVID-19 could lead to more cooking in more kitchens — meaning more risks.

Daniel Yeh, a fire captain, strongly recommends owning working fire extinguishers and smoke detectors and offers a stern but simple solution to anyone who might be distracted by the TV or visitors.

Unattended cooking — particularly frying and sautéing — is the reason for one-third of home cooking fires, with abandoned or discarded materials like grease buildup being a distant second at 10%.

Though 61% of home cooking fires begin on stovetops that lead to 78% of cooking fire injuries, Yeh also cautions those cooking their turkey, ham or other food in the oven to stay in their home and check on it regularly, adding, “You hear stories all the time that I didn’t think anything would happen, I just left for a few minutes.”

The safety hazards also extend to the appliances and cords used on a day when an estimated 46 million turkeys will be eaten and home fires lead to an average of 20 injuries and $3 million in property damage. 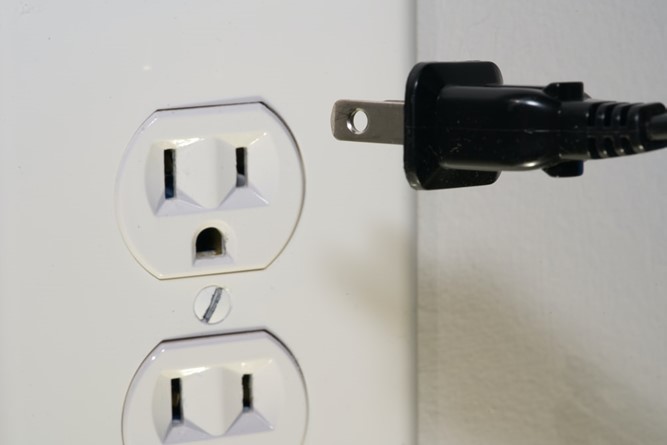 “Any appliances or anything with frayed or worn cords should be replaced immediately and never be used,” said Andrew Martinez, vice president of Safety, Security and Business Resiliency at Southern California Edison. “They are a safety hazard that can potentially spark a fire and they simply no longer offer families the necessary protection from shock or serious injury.”

Another electrical hazard is overused extension cords that cause an estimated 3,300 fires annually that lead to about 50 deaths and 270 injuries. They should never be used with large appliances, never connected to another extension cord to extend their length, never placed in pinched positions and never positioned in high-traffic areas and under rugs where they can lead to trips and falls.

As for turkey fryers, the fire association still discourages their use because they can lead to severe burns, injuries and property damage and Underwriters Laboratories (UL) still refuses to certify them. Sellers of deep-fried turkeys like restaurants, grocery stores and food retailers are recommended instead.

For Martinez, awareness and prevention are always the best practices.

“The pandemic will curtail celebrations this year but distractions like the phone and TV should never compromise safety while cooking,” he said. “Alert and careful cooking is critical to a safe holiday.”

If necessary, what is the best way to put out a small stovetop fire?

Turn off the burner, and if you have a pot or pan nearby, cover it. By doing that, you remove the air or oxygen required for combustion and eliminate the flame. Another good option is baking soda, which works much like a lid in that it smothers the super-heated fumes and gases of a cooking fire.

Why should you never use water on oil and grease fires?

It is very, very dangerous to mix anything hot like oils with water. That is one of the biggest mistakes that people make and is the leading cause of cooking injuries.

How about combatting an oven fire?

You should keep the oven closed because, again, oxygen in the air fuels that fire and that’s what typically causes a huge flame-up that can cause burn injuries. You want to keep the door closed and turn off the oven or microwave and allow the fire to smother itself out. If it doesn’t or if the door has already been opened, a multipurpose ABC fire extinguisher is your best option.

Any additional advice on fire extinguishers and smoke detectors?

Regardless of the holidays, we always recommend that fire extinguishers and smoke detectors are in working order and available. You should also check your smoke alarm battery every six months to ensure it’s working.