In early 2019, a piece of proposed legislation in California sparked no particular debate about legalizing or expanding gambling. That was a clear sign that the politicians present clearly weren’t interested in making a step forward. According to that proposal, by making gambling bets legal in big and small venues, card rooms, and tribal real money casinos, there wouldn’t be any monetary contribution to local or state governments.

And that is when things got much clearer concerning the stance towards gambling in Los Angeles County. Trying to manage the online gambling market as well as the offline gambling market just won’t pay off for them. But is that all there is? What lies beneath such decisions and what are the actual attitudes of the elected official of LA county towards this subject? Let’s find out! 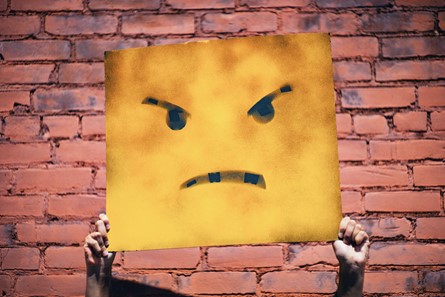 Boosting the revenue of the LA county budget via the expansion of gambling was a question that was raised regularly, as it will affect the whole state budget. And the propositions that were brought up multiple times were, not to legalize new gambling types, but to expand the existing ones.

And the efforts to put this to action were just not enough. Namely, the ballot measures were taken back in the 2000s, or to be precise, in 2003, and left many politicians dissatisfied. What bothered them was the fact that by voting this one out, it still didn’t get the government any profit. Those tribal casinos you can find on the real money casino list were supposed to share a portion of their casino transaction with the state government, according to some.

Some politicians active during that period, such as Former Gov. Arnold Schwarzenegger, requested a provision from tribal cash flow in casino, in the form of formal agreements.

Finally, in 2010 this subject was resolved and the federal court made the final decision in favor of tribal casinos. A portion of their revenue was to be donated to non-gaming tribes and the impoverished. Almost a decade later, the nonpartisan Legislative Analyst’s Office published reports from 2010 to 2016 showing that the appropriation from California’s general fund used to be $330 on an annual basis.

Now it is around $3.6 million which will be even less when all the signed tribe gaming agreements expire.

Stance on the California Lottery

The California Lottery, which was voted on in 1984 was supposed to provide a portion of its lottery revenues for education and mainly public schools. Moreover, this was supposed to help the government save those funds for some other government services. Once again, Schwarzenegger, who was the governor at that time, proposed profitable measures in 2008.

The idea that was later on rejected was to borrow the funds from potential future revenues of the California Lottery. The reality is that even after all this time, this state lottery gives out one penny to the education system for every dollar spent on the lottery. On the other hand, what the voter believed would happen was to get some fast and easy government money from gambling in general – and it just didn’t add up for them.

The Disappointment of the Government

This resulted in a flat-line stance towards the subject, which was confirmed by state Sen. Ben Allen in 2019. He stated that the government is having trouble coping with the programs that are overvalued and possibly exaggerated when proposed. This will, later on, produce disappointment among the elected officials.

Since the state and LA county have enough money for covering everything on the mandate list, gambling regulations are simply not a priority. And that is a shared opinion of the majority of officials. The budget reserves are filled and the gambling industry cannot bring enough “food to the table” to satisfy the politicians’ standards.

And it is 2020 and the California lawmakers are still putting aside the subject, and showing no interest in legalizing or expanding certain gambling types such as sports betting. It has been more than two years since the U.S. Supreme Court lifted the federal ban on sports betting. Once again, the political decisions and possibly conflicted interests left California in the same spot when it comes to sports betting.

In June 2020, Gov. Gavin Newsom tried to resolve the issue and get to a compromise that would benefit both native casinos with immediate payout and card clubs. However, Sen. Bill Dodd insisted that there was not enough time for them to negotiate it in order to get the bill ready by the November ballot.

And there it is, one more year that this question is ending up unresolved. Dodd also noted that this delay is mainly due to the COVID-19 situation and its impact on the public’s ability to think properly about it. In addition, he claimed that it is important to get gambling out in the open, make it safe, and find a way for it to generate funds for California.

Plans for the Future

Besides, what was said in an official statement by the senator was that they might be planning to get the bill ready during 2021 and wait for the 2022 ballot. The general idea behind the bill is to try to get up to $700 million in tax revenue on an annual basis.

Moreover, Gov. Newsom said he has been involved in finding the best solution on the topic of gambling for almost a year. He said that they need to consider the needs of different parties such as card rooms and tribal casinos to address all the issues properly.

A ballot measure proposed by the coalition that would allow sports wagering in tribal venues and at horse racing tracks was stopped by the 2020 COVID-19 pandemic. It would allow tribal casinos to offer roulette and craps. The number of signatures they were supposed to collect to make the 2020 ballot was 997,139 and they collected 971,373.

The inability to come to any kind of agreement and pass legislation with everyone satisfied seems to be an impossible task for California and LA county politicians. According to some, this is a wasted opportunity that would help the state earn millions which are needed for different public services. For others, sorting this out is simply not the priority, and we will have to wait for a year or two to see some progress related to the gambling question.