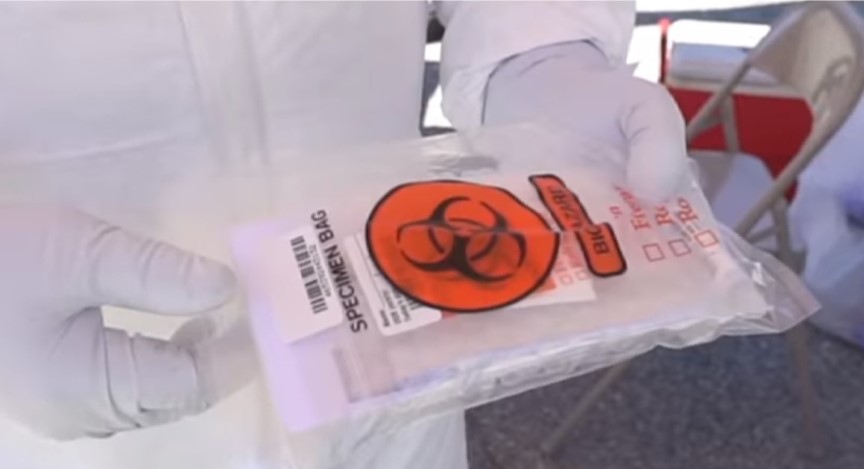 LOS ANGELES – Bucking new federal guidance downplaying the need for testing of people without coronavirus symptoms, Los Angeles County officials Wednesday continued to push residents to be tested if they think they’ve been exposed to COVID-19.

That attitude was echoed by Gov. Gavin Newsom, who said flat-out, “I do not agree with the new CDC (Centers for Disease Control and Prevention) guidance. Full stop.” In fact, Newsom announced an agreement aimed at vastly expanding the availability of testing statewide.

“The L.A. County Department of Public Health continues to recommend that people who have been in close contact of someone who has tested positive for COVID-19 continue to get tested for the virus,” Ferrer said. “This is particularly important if you’ve been told by a public health official or your doctor that you need to get tested.”

“As we know, people who are infected with COVID-19 can be asymptomatic and can potentially infect others, so it’s important for our contact tracers to be able to follow up with anyone whose been in close contact with a person who’s tested positive,” Ferrer said.

Ferrer also stressed the need for people who have been exposed to the virus to quarantine for 14 days, which is the incubation period for the illness.

The CDC Wednesday issued new guidance saying people who show no symptoms of the virus do not need to be tested, even if they have been in close contact with an infected person. The guidance was a sharp departure from previous guidance suggesting that anyone potentially exposed get tested.

Adm. Brett Giroir, the nation’s virus testing coordinator, denied media reports that the change was made in response to pressure from the White House.

President Donald Trump has repeatedly suggested that the only reason the county has such a high number of virus cases — which has been used by political opponents to criticize his handling of the pandemic — is the large amount of testing. He has suggested that limiting testing would result in lower numbers.

Giroir told reporters the CDC’s change was “based on the best evidence to provide people guidance about who should be tested,” saying the goal is to not to reduce testing, but to do more “appropriate” testing.

Despite the change, however, Ferrer and Newsom both pushed for more testing.

During a briefing in Sacramento, Newsom announced a partnership with a company called PerkinElmer, which plans to build a test-processing facility in the state and effectively double the state’s virus testing capacity, while guaranteeing results within 48 hours and dramatically lowering the per-test costs to the state.

“This is exactly what the federal government should be doing,” Newsom said.

Back in Los Angeles County, Ferrer announced another 58 deaths due to the coronavirus virus on Wednesday, increasing the countywide number of fatalities during the pandemic to 5,664. The health director also announced 1,642 new cases, bringing the countywide total to 235,430.

Since the start of the pandemic, health officials have confirmed 3,529 coronavirus cases and 55 deaths in Palmdale; 2,816 cases and 37 deaths in Lancaster; 143 cases and 11 deaths in Quartz Hill; 193 cases and four deaths in Lake Los Angeles; 164 cases and no deaths in the Littlerock/Pearblossom, Juniper Hills areas; and 143 cases and one death in Sun Village. View the latest detailed report here.

But Ferrer said county officials still need to review newly released protocols from the state about school reopenings and gatherings of young children before opening the waiver process.

Health officials continued to hail the generally downward trend of all key virus metrics in the county, including hospitalizations, positivity rate among those being tested and availability of hospital and ICU beds.

Health services director Dr. Christina Ghaly said the county’s transmission rate — the average number of people that a coronavirus patient infects — stood at 0.92 as of Wednesday. She said as long as that figure remains below one, “we can expect that cases will continue to gradually decrease over time.”

Ghaly also put out a call to residents interested in taking part in a clinical trial of a possible vaccine that will be conducted at Harbor-UCLA Medical Center. She encouraged anyone interested to enroll online at helpstopcovid.la.