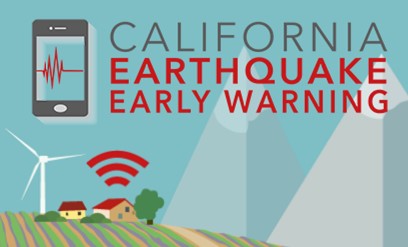 “It’s not every day that Silicon Valley looks to state government for state-of-the-art innovation, but that’s exactly what is happening today,” Newsom said. “This announcement means that California’s world-class Earthquake Early Warning System will be a standard function on every Android phone — giving millions precious seconds to drop, cover and hold on when the big one hits.”

In October 2019, on the 30th anniversary of the deadly Loma Prieta earthquake, the governor announced the launch of the nation’s first statewide Earthquake Early Warning System, which marries a new smartphone application dubbed “MyShake” with traditional alert and warning delivery methods.

Google will rely on the same data feed to receive and distribute alerts in advance of when the ground starts to shake from a nearby quake — enough time to seek cover to help prevent injury.

The state’s application has been downloaded more than a million times since being launched, but the new Google technology will automatically be included in millions of Android phones used in California, without the need to download a separate app.

Warnings delivered through the system are based on a computerized program called ShakeAlert, operated by the Governor’s Office of Emergency Services and the U.S. Geological Survey, that analyzes data from seismic networks in California, calculates preliminary magnitudes and then estimates which areas will experience shaking.

The announcement comes as a swarm of quakes was reported Monday in the Salton Sea area, an active area for seismic activity at the south end of the San Andreas fault.

Last year’s state budget included $16.3 million in one-time funding to complete development of the system, including seismic stations installation, adding GPS stations to the network, improving telemetry and launching an education campaign. The governor’s budget this year includes an additional allocation of $17.3 million, supported by a onetime loan of the same amount from the School Land Bank Fund, for full operation and maintenance of the system.

The early warning application can be downloaded at www.earthquake.ca.gov, where more information is available on earthquake preparedness.