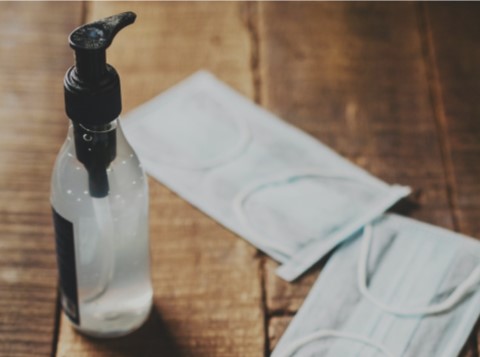 LOS ANGELES – Local residents were advised Monday to take care when shopping for and using hand sanitizer, with the U.S. Food and Drug Administration warning that reports of methanol poisoning from such products have continued to rise nationwide.

A statement by the regulatory agency highlighted efforts to recall and stop the sale of hand sanitizers with methanol, and noted that it had issued a warning letter to one Mexico-based manufacturer alleging that product seized at the border tested as 83% methanol and 0% ethanol.

The FDA had warned consumers in June not to buy hand sanitizers marketed under a wide range of brand names — including Lavar Gel, CleanCare NoGerm — by Eskbiochem SA de CV, as well as other companies.

Though purporting to contain ethyl alcohol or ethanol, the active ingredient in most hand sanitizers, many products include methanol, a wood alcohol, which has toxic effects when ingested or used on skin.

Methanol poisoning — which is most likely when the product is ingested in larger quantities — can lead to nausea, vomiting, headache, blurred vision, permanent blindness, seizures, coma, permanent damage to the nervous system or death. Skin exposure alone could lead to systemic absorption, according to the FDA.

“Consumers must also be vigilant about which hand sanitizers they use, and for their health and safety we urge consumers to immediately stop using all hand sanitizers on the FDA’s list of dangerous hand sanitizer products,” FDA Commissioner Dr. Stephen Hahn said. “We remain extremely concerned about the potential serious risks of alcohol-based hand sanitizers containing methanol. Producing, importing and distributing toxic hand sanitizers poses a serious threat to the public and will not be tolerated.”

Buyers should dispose of the product as hazardous waste and not flush or pour hand sanitizer down drains, the regulatory agency warned.

The FDA asked Eskbiochem to consider recalling the products, but in a June discussion with regulators, an agent for the company insisted that its hand sanitizer was manufactured in compliance with U.S. regulations. Some distributors for Eskbiochem have since pulled the product on their own, and the FDA says future shipments are subject to an import alert and may be denied entry at the U.S.-Mexican border.

Other manufacturers — including 4E Global in Mexico, whose Blumen Hand Sanitizer is allegedly responsible for at least one death — have voluntarily recalled products. The FDA urged consumers to dispose of all products from companies on the agency’s do-not-use list, regardless of batch numbers or other specifics.

The agency’s updated warning list can be found at https://www.fda.gov/drugs/drug-safety-and-availability/fda-updates-hand-sanitizers-methanol.