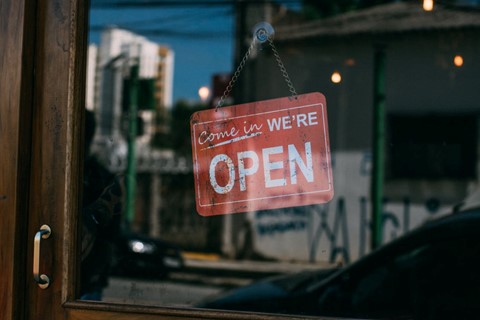 LOS ANGELES – California public health officials Friday announced guidelines for reopening schools, day camps and child care facilities — steps business leaders believe are critical for getting residents back to work – – as well as signaling that casinos can open, sports teams can resume play in empty arenas and film production can resume on a county-by-county basis.

The final decision about when and how such operations will restart is up to local officials.

“It is up to the local jurisdiction to make decisions regarding reopening specific sectors based upon the epidemiology and readiness of the county,” according to a statement issued by the California Department of Public Health.

“The future of Los Angeles County and the state of California rests with our children,” wrote Barger, expressing concern about gaps in growth and development due to school closures. “We cannot fully reopen vital parts of our economy and allow parents to return to work without stable school, camp or recreational programs for children and youth.”

The Governor’s Office of Emergency Services and the Department of General Services said they will distribute personal protective equipment and other supplies to traditional and charter public schools, private schools and childcare facilities.

The agencies plan to send out:

— more than 47,000 no-touch thermometers for every school and childcare facility;

— roughly 2.4 million face shields for every teacher and childcare provider;

— more than 14 million cloth face coverings for staff and students;

— 123,000 N95 masks for school-based health professionals, including those interacting with symptomatic students; and

The Department of General Services will also work with schools and childcare providers to procure additional PPE and other supplies.

Film production may resume no sooner than June 12, subject to county health officers’ review and based on safety protocols agreed to by labor and management and vetted by public health officials.

Pro sports teams may begin training and playing games without fans no sooner than June 12, subject to the same approvals.

In Los Angeles County, pro sports teams and venues and film producers and studios have already submitted recommended safety protocols to the Los Angeles County Board of Supervisors based on industry-wide input. During a Tuesday meeting of the Economic Resiliency Task Force, business leaders promised to promote safety by requiring masks and enforcing social distancing in various ways.

California has 122,901 confirmed cases of COVID-19 and 4,485 people have died from the infection to date. More than 2.2 million have been tested and testing capacity continues to increase statewide, according to officials. The rate of positive tests stand at 4.5% and the number of hospitalizations has decreased.

However, Dr. Christina Ghaly Friday noted a slight uptick in transmission rates that could overwhelm the area’s ICU beds over the coming weeks. Local public health officials have also worried that large protests may generate a surge in cases.

The state has released a county monitoring list so that residents can track progress and note areas of concern as elected officials balance safety and economic concerns.

“Just because some businesses are opening doesn’t mean your risk for COVID-19 is gone. We all need to continue to keep physical distancing, wash our hands and wear face coverings in public,” said Dr. Sonia Angell, state public health officer and director of the California Department of Public Health. “As we continue to release guidance on how different sections can reopen with modifications, it is important to remember guidance doesn’t mean `go.’ Your local health officer will make the final decision about which sectors will open, guided by data specific to your community.”