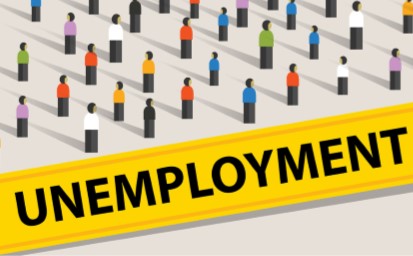 LOS ANGELES – Economic turmoil brought on by coronavirus-mandated business closures and cutbacks has left more than half of Los Angeles County residents out of work, with local job losses spiraling at a rate steeper than the national average, according to a USC study released Friday.

The Understanding Coronavirus in America Study, led by the USC Dornsife Center for Economic and Social Research and supported by the Bill and Melinda Gates Foundation, found that roughly 1.3 million jobs were lost in Los Angeles County between mid-March and mid-April.

Those job losses lowered the percentage of employed residents from 61% in mid-March to about 45% in mid-April, according to the report. Nationally, the employment percentage dropped from 62% to 52% over the same time period.

According to the study, black and Latino residents have been particularly hard hit by the job losses nationally, with 21% of black residents and 18% of Latinos saying they lost jobs, compared to 15% of white residents.

The study found that 17% of women had lost their jobs between March and April, while only 14% of men reported job loss.

The report, based on a survey of 5,500 residents across the country, found that only about 36% of the newly unemployed people across the country have received unemployment benefits. That number dropped to less than 25% in Los Angeles County.

“Under normal circumstances, losing a job without access to benefits would be bad enough, but in the current situation, the chances of finding a new job are likely to be close to nonexistent,” said Arie Kapteyn, director of the Center for Economic and Social Research. “These changes are nothing less than catastrophic for those affected.”

Feelings of anxiety brought on by the coronavirus pandemic rose sharply among Los Angeles County residents over the past month, the survey found. A total of 48% of Los Angeles County survey respondents reported feeling mild to severe symptoms of depression or anxiety over the virus, up from 36% in March. Nationally, that percentage stood at 39% in April, up from 30% in March.

“In the face of the pandemic, longstanding social and economic disparities and limited social protections have left large swaths of our population vulnerable to greater psychological and economic hardship,” said Kyla Thomas, sociologist at the USC Center for Economic and Social Research and a member of the survey team.

Mental health issues increased considerably among women, from 34% in March to 45% in the latest survey. Men experienced a smaller increase, from 25% to 33%.

Americans estimated a 28% chance of contracting COVID-19 within the next three months, up from 21% previously. The percentages were similar for Los Angeles County residents.

Nationally, people estimate a 25% chance of dying from the virus if they are infected, up from 15% in the earlier period.

Some of the most pronounced changes over the two time periods relate to the measures Americans are taking to prevent the spread of the virus.

As an increasing number of restaurants close their doors to sit-down customers, 86% of Americans now report avoiding restaurants, an increase of 46 percentage points since March.

Ninety percent of Americans now avoid public spaces, up 57 percentage points since March. In L.A. County, 94% are doing so, compared with 69% previously.

The survey’s margin of sampling error is +/- 2 percentage points among the sample of 5,477 adult residents of the United States.