PALMDALE – Authorities are seeking the public’s help in identifying and locating a male driver who allegedly used a BB gun to shoot at a female driver’s vehicle during a road rage incident in Palmdale last month.

It happened on May 21, at around 6 p.m., on 25th Street East near Avenue S in Palmdale, according to a Los Angeles County Sheriff’s Department bulletin.

A female motorist was driving westbound on 25th Street East when she honked at a driver to move out of her way. She then proceeded to the McDonald’s drive-thru at 25th Street East and Avenue S, according to the sheriff’s bulletin.

“While she was in the [drive-thru], the victim states she saw the same driver in the earlier incident parked at the curb of Avenue S pointing a handgun at her. Suspect shot the victim’s car with a BB gun and then fled westbound on Avenue S,” the bulletin states.

The suspect was described as white male in his 50’s with gray hair and a thin build. The suspect’s vehicle was described as a black Toyota Corolla sedan with mismatched wheels, tinted windows and possible faded paint on the hood.

Anyone with information on this incident is encouraged to contact Detective Barkon at the Palmdale Sheriff’s Station Detective Bureau at 661-272-2546. 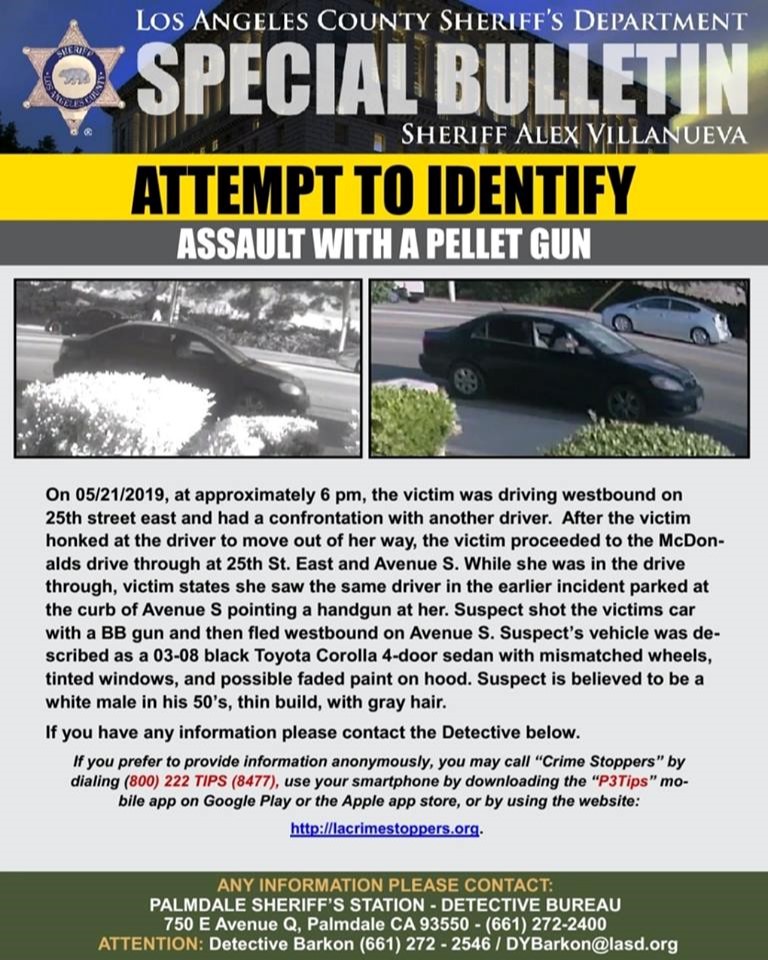