LANCASTER – The Los Angeles County Sheriff’s Department is seeking the public’s help in locating two women who went missing from Lancaster this past Friday.

Mary Elsie Spears, 70, was last seen around 11 a.m. on Friday, May 31 in the 44600 block of Fig Avenue.  She was seen leaving her home with a dark blue suitcase, the sheriff’s department reported.

“Mary suffers from dementia. Her loved ones have not seen or heard from her. They are very concerned and asking for the public’s help in locating her,” according to a news release from the Sheriff’s Information Bureau.

Anyone with any information regarding Spears’ is whereabouts in encouraged to call the sheriff’s Missing Persons Unit at 323-890-5500.

“Jahlani suffers from depression, and her family is concerned for her well-being,” states a news release from the Sheriff’s Information Bureau.

Smothers-Pugh is black, 5 feet 10, 120 pounds, with short blue hair and brown eyes. She was wearing a pink dress when last seen.

Anyone with information on her whereabouts is asked to call the sheriff’s Missing Persons Detail at 323-890-5500 or 911. 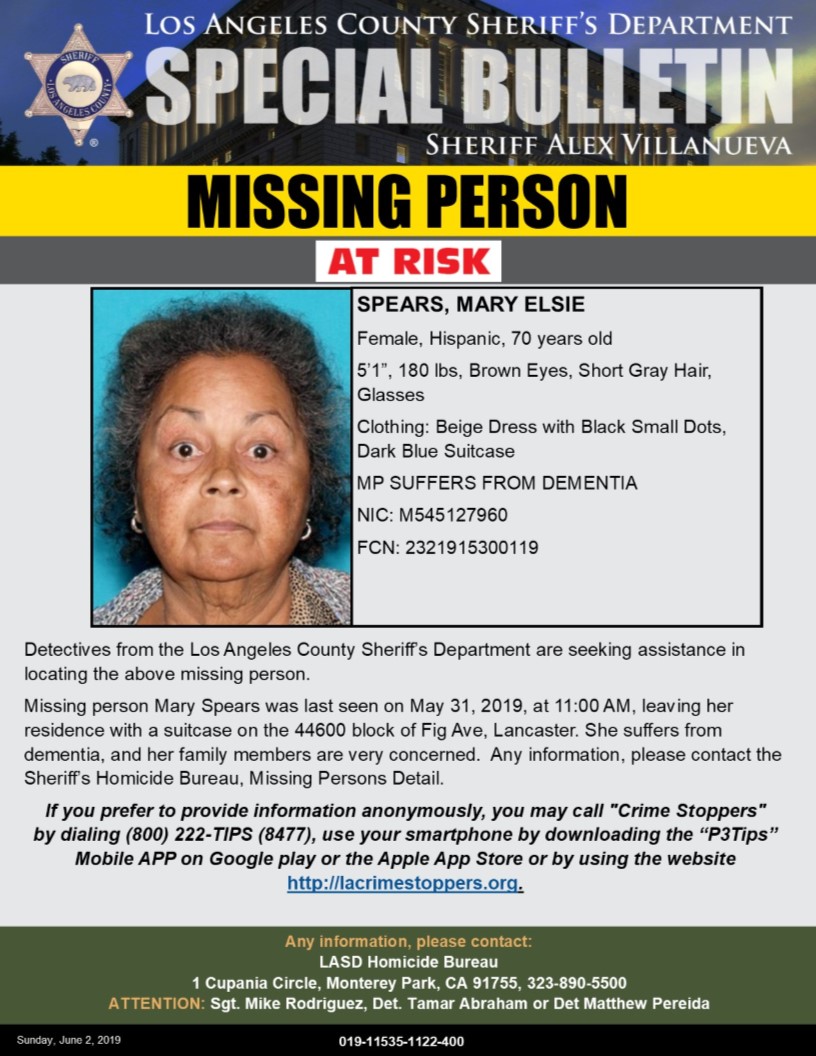 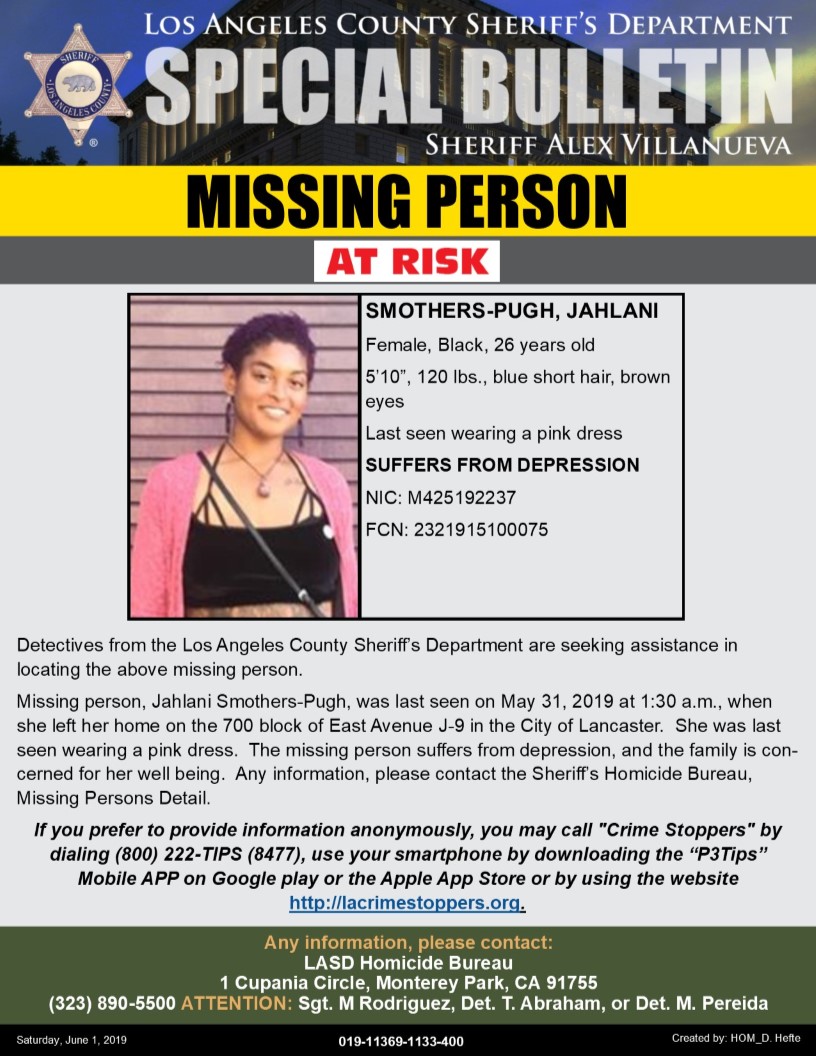