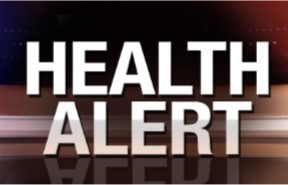 LOS ANGELES – Health officials Thursday confirmed a seventh case of measles in Los Angeles County, but the patient is not believed to have caused an exposure risk at any public locations.

According to the county Department of Public Health, the latest case is linked to four others that were documented last month, but it is not connected to exposures that occurred at UCLA and Cal State Los Angeles and prompted quarantines.

No other details were released.

Health officials said they have now identified seven measles cases involving Los Angeles County residents this year, along with five non-resident cases involving patients who traveled through the county. Of the seven local cases, two involved people who traveled internationally, and “the majority” of the patients were not vaccinated.

On Tuesday, county health officials confirmed the sixth local case of measles — a resident who had traveled internationally. That patient traveled through Tom Bradley International Terminal at LAX on April 23 between 4 and 7:30 p.m., rode on a Fox Auto Parks shuttle between 4:30 and 7:30 p.m. and three days later visited a Home Depot at 44226 20th St. W in Lancaster between 8 a.m. and 11 a.m.

Anyone who may have been exposed to the disease at those locations was urged to call their health care provider and confirm immunization. Those exposed are at risk of developing measles for up to 21 days.

More than 700 measles cases have been reported nationwide, the worst in 25 years. There are hundreds of cases concentrated in New York, dozens in Washington State and more than three dozen cases reported in 11 counties across California.

Orange County officials this week confirmed that county’s first measles case of the year — a Placentia woman who may have exposed hundreds of people while attending an overnight screening of “Avengers: Endgame” at an AMC theater complex in Fullerton on April 25-26.