“Skylar voluntarily left her home in Lancaster on February 14, 2019, around 2 p.m. There was a report of someone matching her description being seen on February 15, 2019, at Target near 10th Street West and Avenue K,” according to a news release from the Lancaster Sheriff’s Station.

Skylar is described as a black female, with black hair and brown eyes, who stands around 5 feet 5 inches tall and weighs about 130 pounds. She was last seen wearing a gray hoodie with the word “LOVE” on it, blue jeans and black shoes.

Anyone with information on the location Skylar Mannie is encouraged to contact Detective Tanner at 661-948-8466. 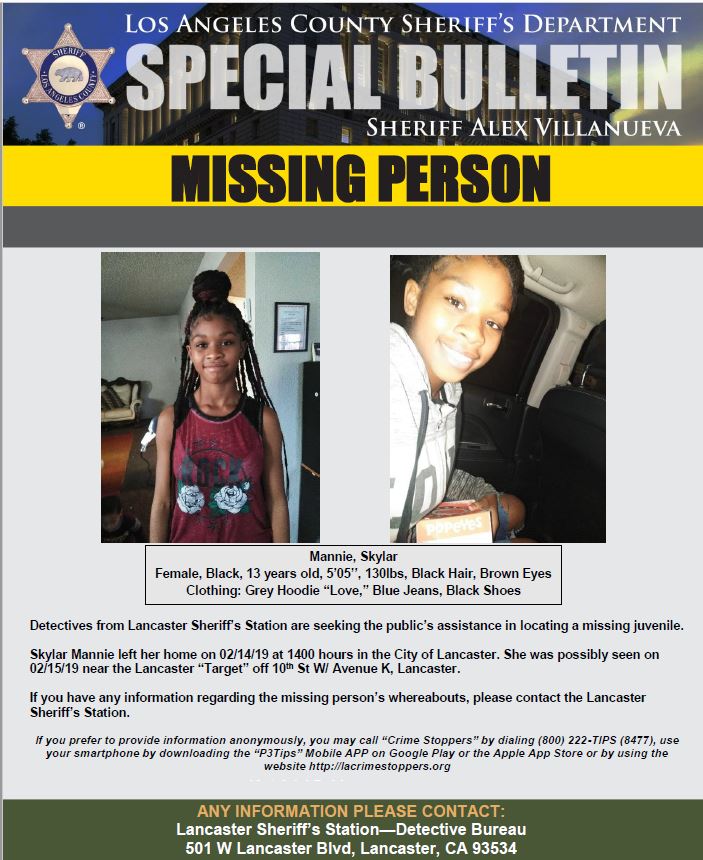