UPDATE: Mary Ann Clark was confirmed to be found Tuesday, Feb. 19, in Bakersfield, but as of Tuesday afternoon, she had not yet been reunited with family members who reported her missing, detectives said.

LANCASTER – Local sheriff’s detectives are asking for the public’s help to find a 63-year-old woman suffering from dissociative disorder who went missing nine days ago in Lancaster.

Mary Ann Clark was last seen Feb. 9 leaving her home in the 41700 block of 156th East Street, according to the sheriff’s department.

Clark has burns on her face and left hand and she is forgetful, the sheriff’s department said.

Clark stands 5 feet 2 and weighs about 110 pounds, the department said. She has blond hair, blue eyes and was last seen wearing a green jacket and blue jeans. 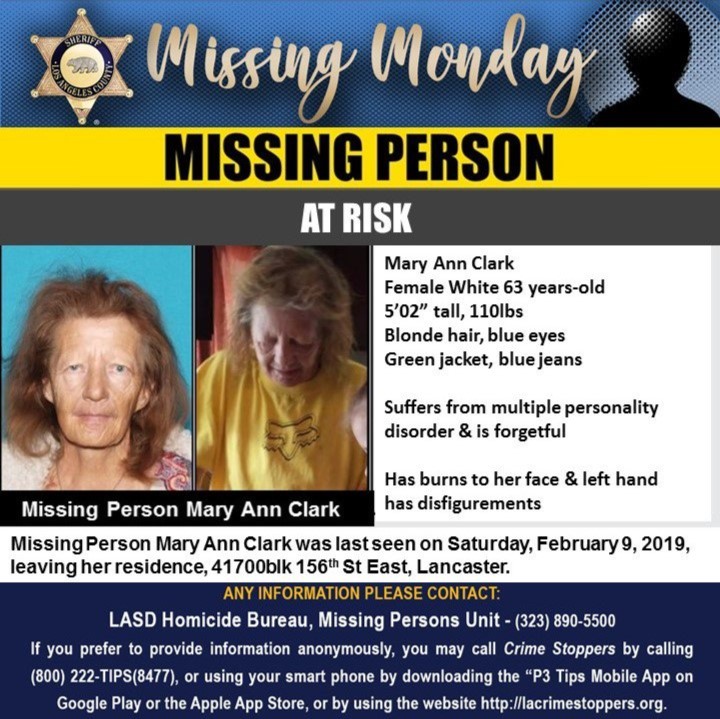