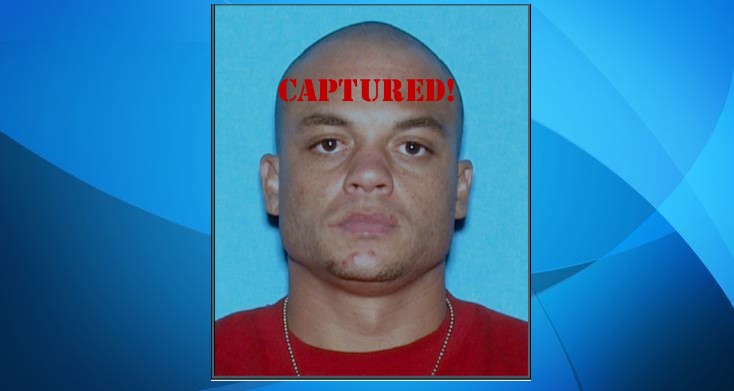 PALMDALE – A 33-year-old man suspected of intentionally setting a fire in a recreational vehicle in Palmdale and causing burn injuries to his girlfriend has been arrested.

Joseph Duane Stanford was taken into custody Sunday in Ojai by Ventura County sheriff’s investigators and turned over Monday to Los Angeles County Sheriff’s Department’s custody, according to Lt. Susanne Burakowski of the sheriff’s Arson/Explosives Detail.

Standford’s arrest came days after he was placed on a “Most Wanted” list by the Palmdale Sheriff’s Station.

He was wanted “in connection with an arson that occurred in the city of Palmdale on May 19, 2018, resulting in serious injuries to the victim,” according to the sheriff’s bulletin, released Aug. 8.

Stanford’s girlfriend was hospitalized after the fire with significant burn and inhalation injuries, Burakowski said. Stanford initially cooperated with investigators but at some point could no longer be located, according to Burakowski.

Following his arrest, Stanford was booked on suspicion of arson and aggravated mayhem. A possible motive has not been disclosed.

Stanford is being held in lieu of $1 million bail, Burakowski said. 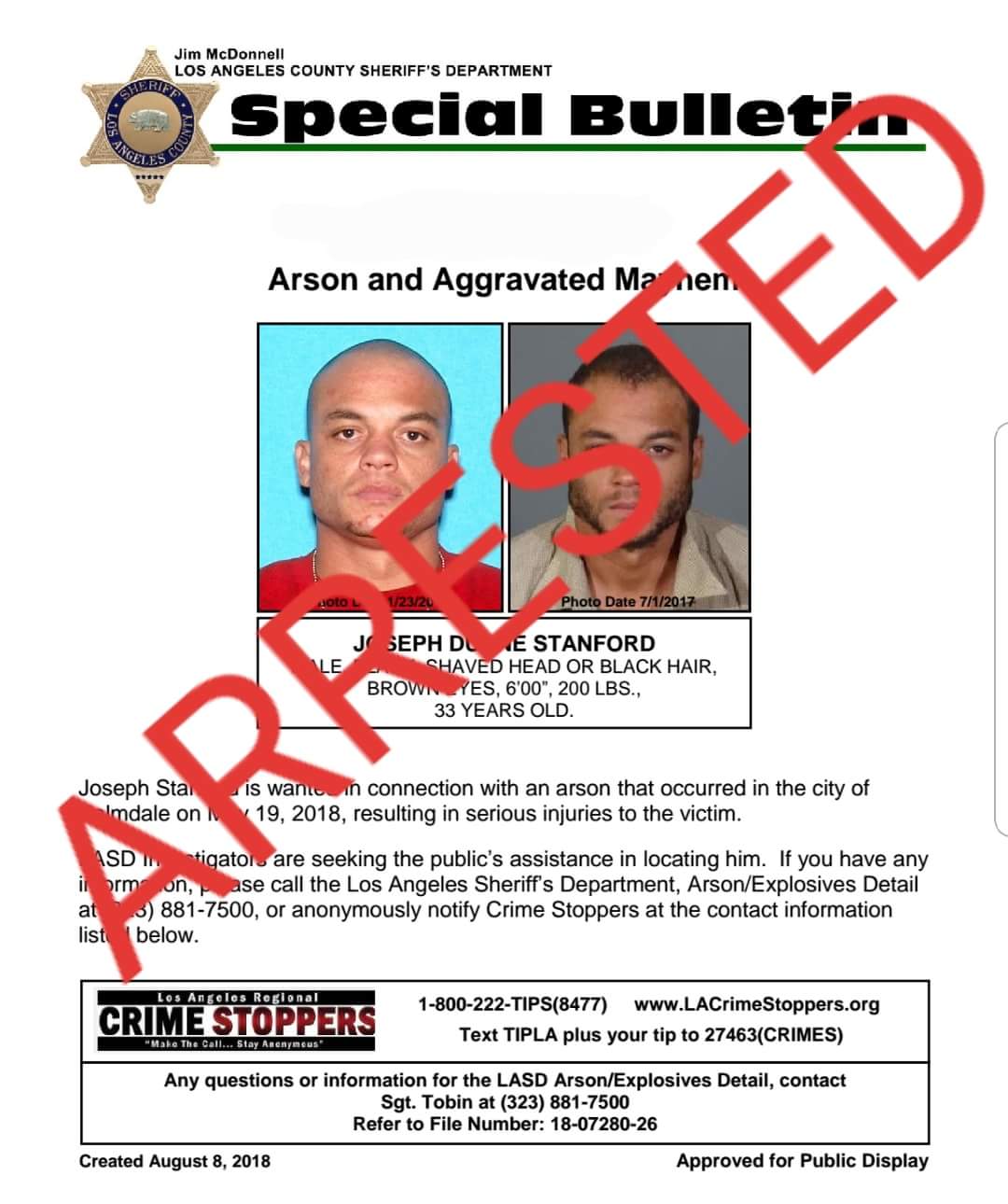