LANCASTER – Local detectives are seeking the public’s help in locating two sisters who went missing from Lancaster on Monday.

Relinne Harris, 11, and her sister, Derinne Harris, 12, were last seen Monday evening at their home in the 4700 block of West Avenue J7, according to Ali Villalobos of the Lancaster sheriff’s station. The sisters had an argument with their mother and left the residence, authorities said.

The girls don’t have cellphones and didn’t show up for school Tuesday, the Los Angeles Times reported. Detectives checked in with their friends, who said they didn’t know where the sisters were.

The girls may be with their father, 30-year-old Deshaun Carter, whose last known address is in Oregon, Villalobos said.

Anyone with information regarding the whereabouts of the girls or their father is encouraged to call 661-948-8466 to speak with detectives Reader or Volk. 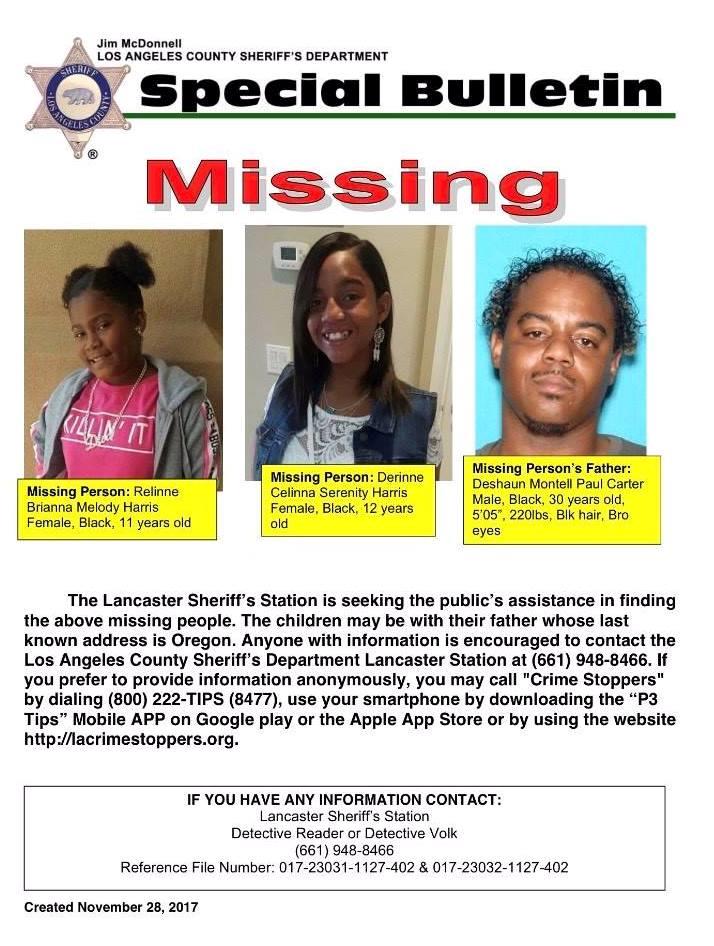