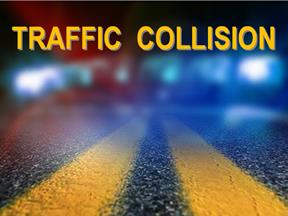 LANCASTER – No one was injured when a California Highway Patrol vehicle made a U-turn and collided with another vehicle Wednesday afternoon, authorities said.

The crash happened around 4 p.m. Wednesday, Oct. 14, on Avenue E near 50th Street East, according to a California Highway Patrol report.

A 2004 Scion xB was also eastbound on Avenue E, directly behind the CHP vehicle, according to the report.

“The CHP officer monitored a radio call of a traffic hazard and prepared to respond to assist. The CHP officer activated the rear warning lights and initiated a U-turn. As the CHP officer made the U-turn, the Scion reacted by swerving into the westbound traffic lane, where the front of the Scion collided with the left front of the CHP utility vehicle,” the CHP report states. “After the collision, both vehicles were disabled and came to rest blocking the westbound lane of Avenue E at 50th Street East.”

The CHP officer, a Lancaster resident, did not complain of any injuries, the report states. The occupants of the Scion – 56-year-old driver Michael J. Donahue and 26-year-old passenger Adam M. Kelley, both Littlerock residents – also reported no injuries, according to the CHP report.

This traffic collision is still under investigation.