LANCASTER – Organizers are gearing up for an annual blood drive to promote motorcycle awareness in the Antelope Valley.

The third annual Motorcycle Awareness Blood Drive will be held from 8 a.m. to noon on Saturday, May 3, at the Antelope Valley Hospital Blood Donor Center, located at 44105 15th Street West in Lancaster.

Blood will be drawn in Suite 305, and there will be a party in the parking lot, according to organizers. 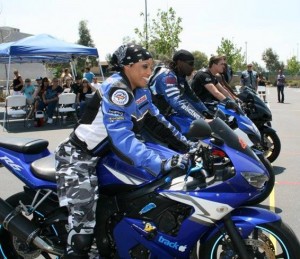 Raffle tickets and baked goods will be free for all blood donors, bike show and car show participants, according to coordinator Robin Merrick.

The cause, motorcycle awareness, is especially close to Merrick’s heart. In April of 2012, Merrick’s son was seriously injured in a motorcycle crash on 45th Street West near Quartz Hill Road.

Zac, then 19, was riding his motorcycle to work when he collided with a pickup truck that u-turned in front of him. He landed face-first on the pavement and suffered numerous injuries throughout his body. Just months before his wedding, Zac was forced to undergo multiple surgeries, and the need for blood was constant. Worried family members scrambled together a local blood drive for Zac, which resulted in more than 103 units of blood donations.

Zac eventually recovered and slowly made it down the aisle to his bride; while thankful family members committed to hosting a local blood drive each year in Zac’s honor, according to Merrick.

“We have been truly blessed and continue to pay it forward once again with our third annual Motorcycle Awareness Blood Drive,” Merrick stated in an email.

To make an appointment to donate blood at the third annual Motorcycle Awareness Blood Drive on May 3, contact the Antelope Valley Blood Donor Center at 661-949-5622. All blood collected stays at Antelope Valley Hospital, available to any trauma patient in need.

For more information on the event, visit the Payin’ It Forward Motorcycle Awareness Facebook page here.

To learn more about the inspiration behind the annual blood drive, view the video pictorial below: