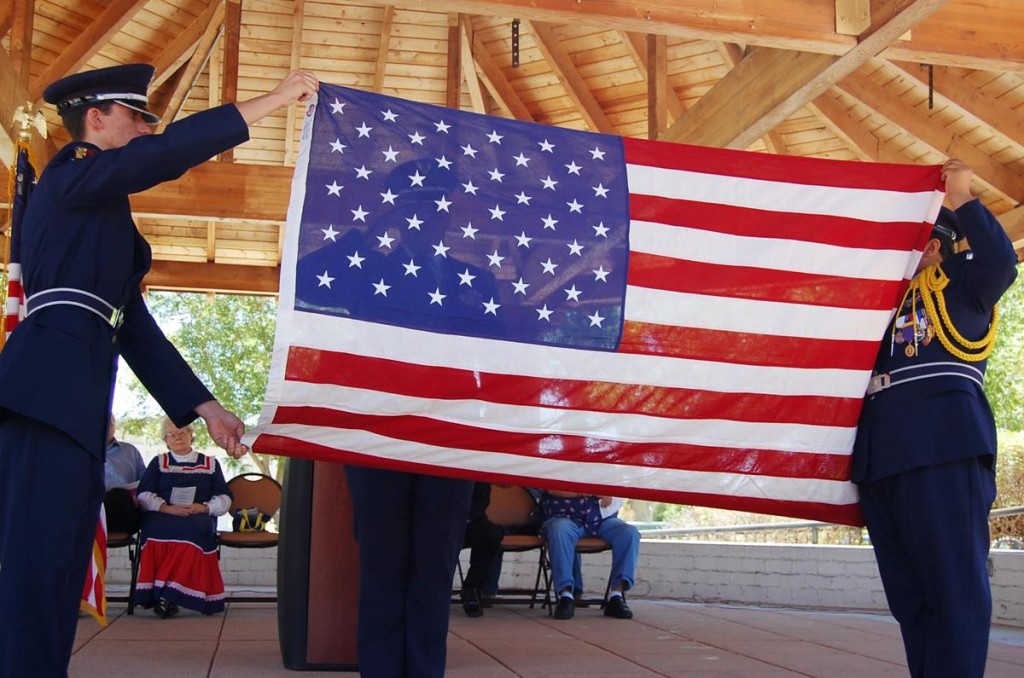 PALMDALE – A crowd of about 50 gathered at Poncitlán Square in Palmdale Friday morning for an hour-long ceremony in honor of the nation’s flag.

Organized by the Antelope Valley Service Organization Association (AVSOA), the annual Flag Day ceremony commemorates the anniversary of the adoption in 1777 of the official U.S. flag.

“As a community, we have an obligation to step up through these kinds of events,” Ledford continued. “It’s not for us. It’s for the people who serve our nation, the people who put their lives on the line to protect what this flag represents.”

Phil Roberts of The Retired Enlisted Association led the audience in singing “You’re a Grand Old Flag,” and Viola Lawrence of the Daughters of the American Revolution recited a poem titled, “Arthur MacArthur’s Flag.”

Chaplain Bassett ended the program with comments on the poem “The Defense of Baltimore.”

The next AVSOA event will be the POW/PIA Remembrance Day ceremony, scheduled for Friday, Sept. 20 at Poncitlan Square. For more information about AVSOA, contact Legacy Commons for Active Seniors at 661-267-5904.