Curtis Davion Pearson was last seen at 4 p.m. Tuesday, Jan. 10, in the 1600 block of Marion Avenue, according to a news release from the Sheriff’s Department’s Information Bureau.

“Curtis’ family is concerned for his well being,” the news release states.

Anyone who has seen Curtis or knows of his whereabouts is encouraged to call the department watch commander at 661-948-8466. Anonymous tips can be called in to Crime Stoppers at 800-222-8477 or lacrimestoppers.org. 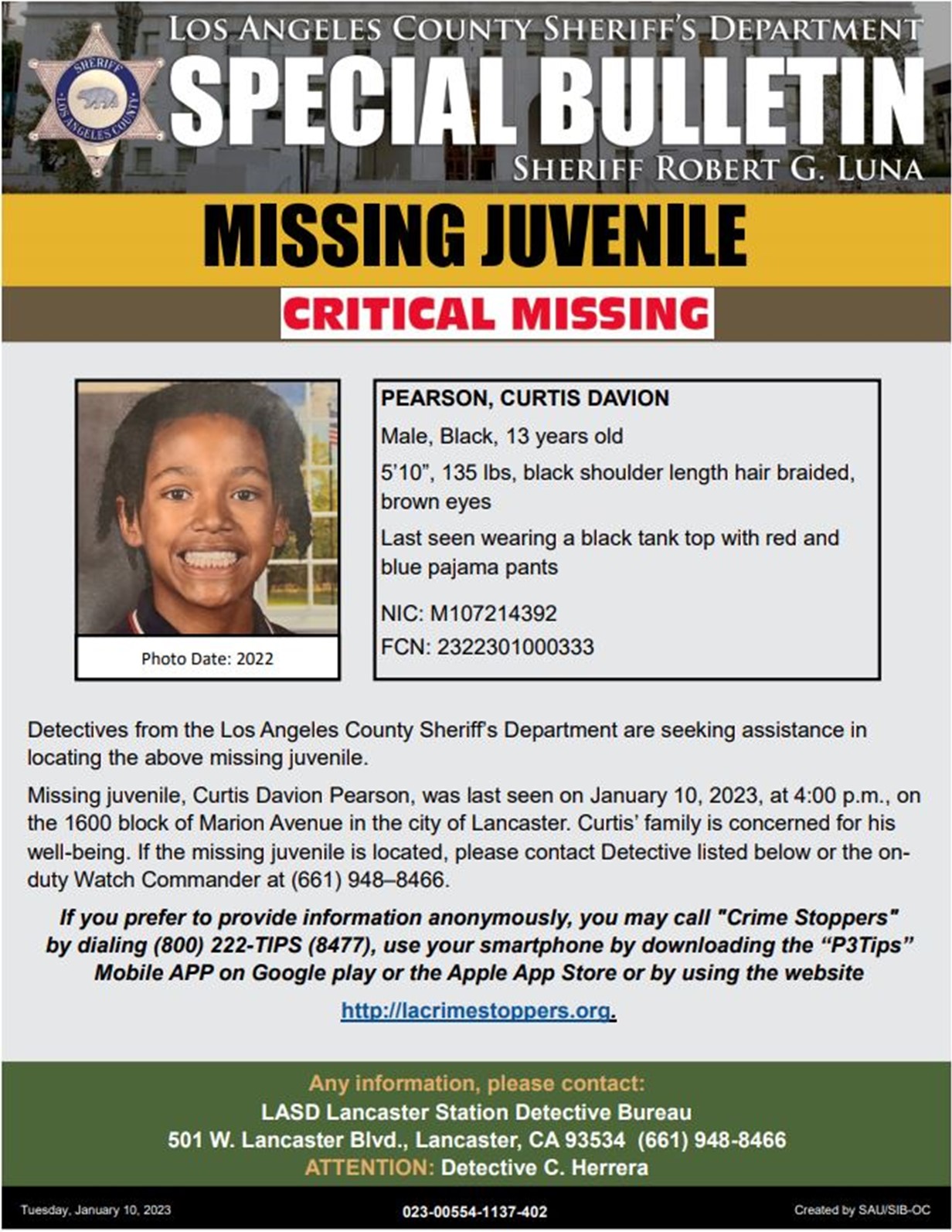 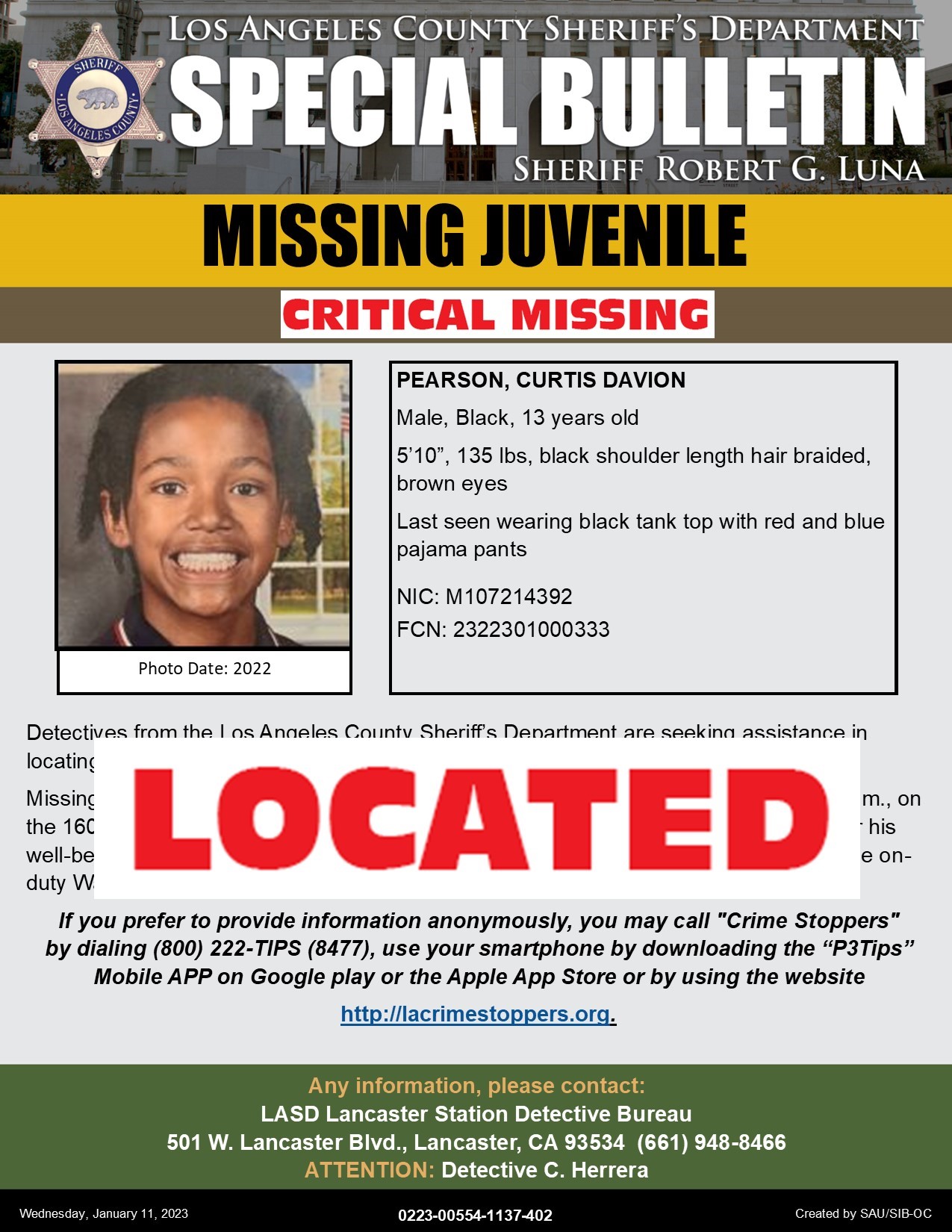