LANCASTER – Sheriff’s detectives are asking for the public’s help to find a 73-year-old woman suffering from dementia and diabetes who went missing Sunday in Lancaster.

Ernestin D. McHenry Martin was last seen around 2 a.m. Sunday, Jan 1, in the 3200 block of Ariouos Way, according to a news release from Sheriff’s Information Bureau. Her possible destination is the 45000 block of York Place in Lancaster.

Martin is Black. She stands 5 feet, 6 inches tall and weighs an estimated 138 pounds, the LASD reported. She has black and gray hair and brown eyes. She was last seen wearing a maroon sweater and black denim pants.

“Ms. Martin is diagnosed with dementia and diabetes. Her loved ones are concerned for her well-being and asking for your help,” the sheriff’s news release states. 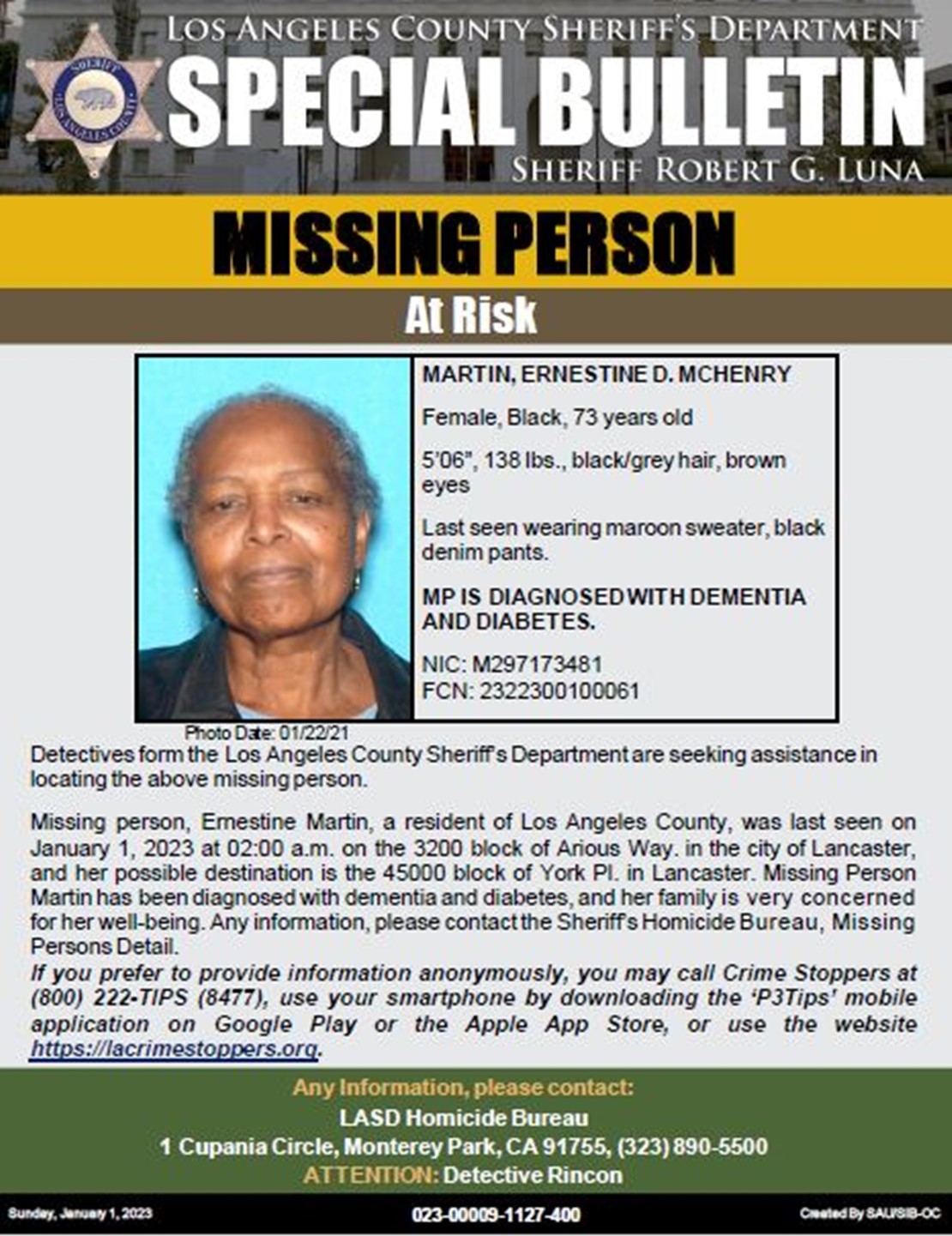