PALMDALE – A 53-year-old man who is diagnosed with diabetes and high-blood pressure was reported missing Thursday after last being seen in Palmdale.

Jose Nicolas Perez was last seen around 2 p.m. Wednesday, Dec. 28, on the 2100 block of Scott Avenue, according to a news release from the Sheriff’s Information Bureau.

Perez is Latino, 6 feet, 1 inch tall, weighs 220 pounds, has black curly hair, brown eyes, a full beard, a tattoo of a skull on his right shoulder and a scar on his chest. He was last seen wearing a black puffy jacket, black sweatpants and white shoes.

Perez has a possible destination of 38300 block of 20th Street in Palmdale.

“Jose is dependent on medication and is diagnosed with diabetes and high blood pressure. His family is concerned for her well-being and are asking for the public’s help,” the sheriff’s news release states.

Anyone with information about Perez or his whereabouts is encouraged to call the Sheriff’s Missing Persons Unit at 323-890-5500. Anonymous tips can be called into Crime Stoppers at 800-222-8477 or to lacrimestoppers.org. 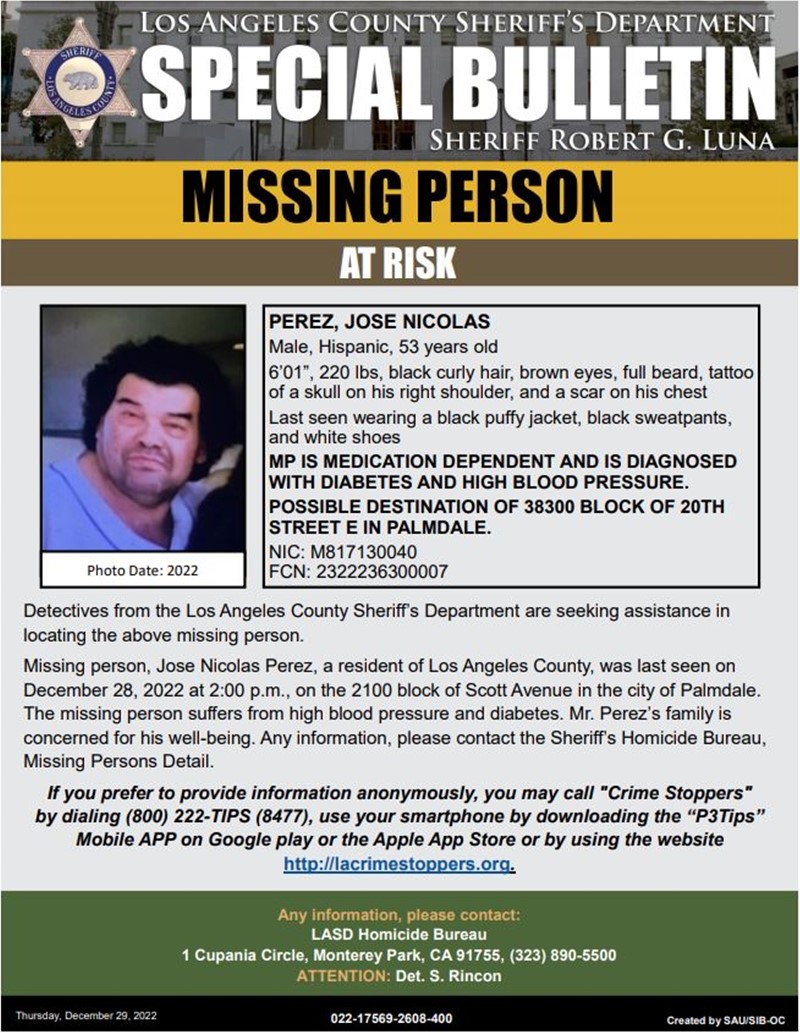