PALMDALE – Authorities are seeking the public’s help to find a man with autism who went missing in Palmdale.

Alijah Amir Harris, 22, was last seen around 8 a.m. Thursday, Dec. 15, in the 1000 block of East Avenue R, according to a news release from the Sheriff’s Information Bureau.

Harris is Black, 6 feet 1 inch tall, weighs 250 pounds, and has black hair and brown eyes. He was last seen wearing a black sweater and black pants. He may have been going to the 1200 Block of Rancho Vista Boulevard in Palmdale, authorities said.

“Mr. Harris is diagnosed with autism. Mr. Harris’ family is concerned for his well-being and are asking for the public’s help,” sheriff’s officials said in the news release.

Anyone with information on the whereabouts of Alijah Harris is encouraged to call the sheriff’s department at 323-890-5500, or Crime Stoppers at 800-222-TIPS. 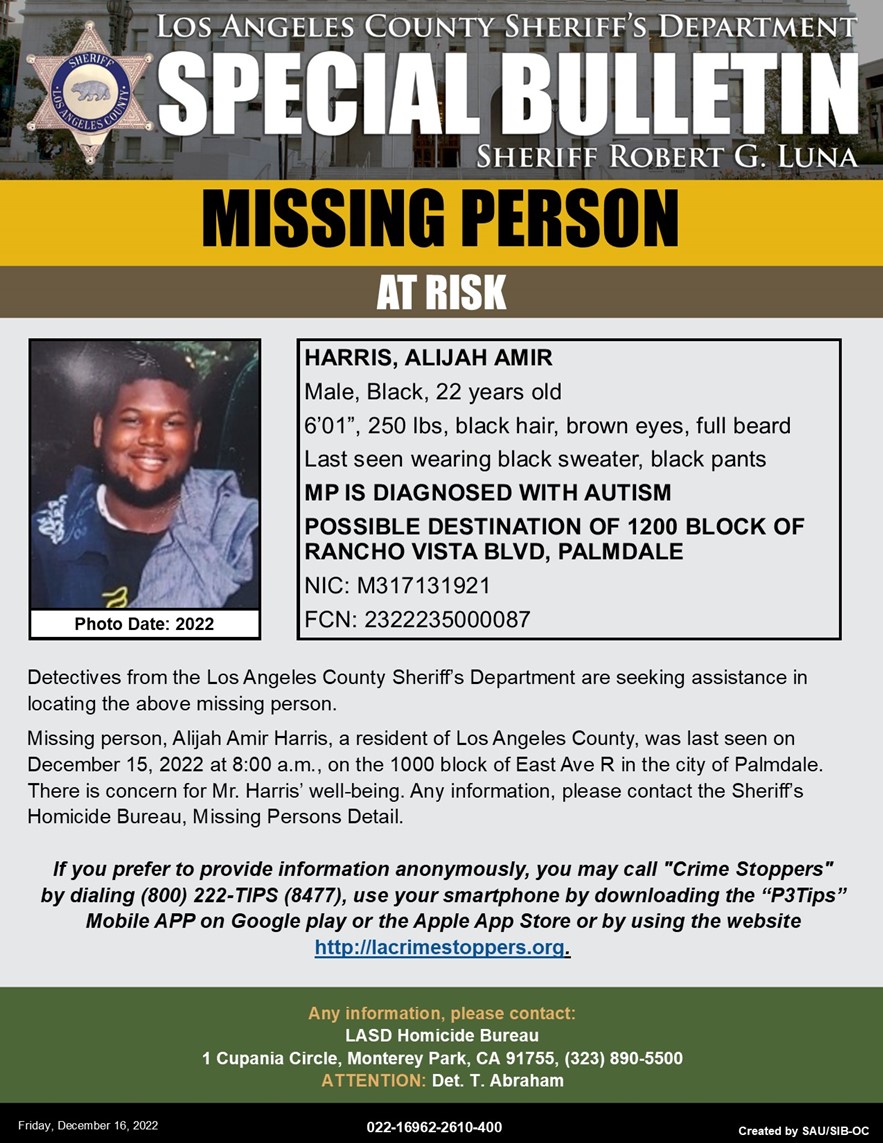 10 comments for "Man with autism reported missing in Palmdale"