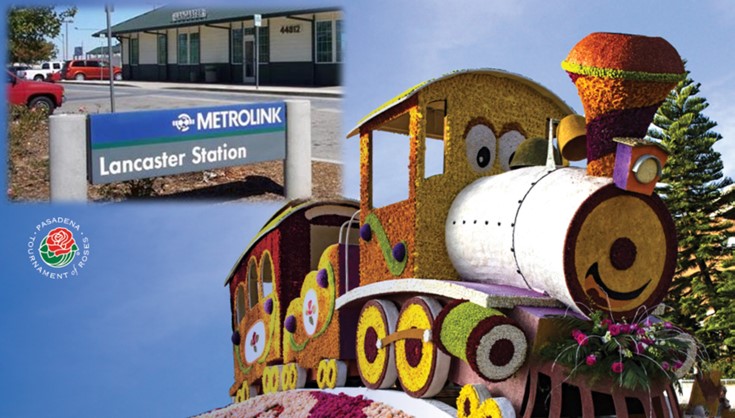 “I’m thrilled that Metrolink is able to once again support this beloved annual tradition by providing early-morning service for people attending the parade,” Metrolink CEO Darren Kettle said in a news release. “By taking Metrolink to L.A. Union Station and using our $10 Holiday Pass, riders can connect for free to Metro, avoid traffic gridlock and enjoy a safe and affordable trip to the event.”

In keeping with the Tournament of Roses “Never on Sunday” custom, the parade and viewing events will occur the day after New Year’s Day on Monday, Jan. 2. On that day, Metrolink will operate a special schedule and offer a $10 Holiday Pass. The first train on each of the following lines has been rescheduled so riders can connect with a free transfer to the Metro L Line (Gold) to reach Pasadena before the start of the parade.

The $10 Holiday Pass is available in the Metrolink app and at station ticket machines found under the “Special Event Tickets” option.” Metrolink riders can use their ticket for a free round-trip transfer onto the Metro L Line (Gold) to reach Pasadena.

For details about our modified schedule and $10 Holiday Pass available on Jan. 2, visit metrolinktrains.com/rose-parade.