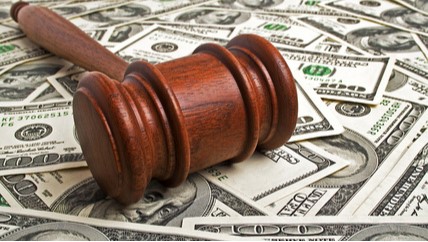 A jury has ordered Health Net Inc. to pay $14.42 million to a woman who said the health care giant caused her to become addicted to opiate pain medication, which she maintained she was prescribed only after she’d already unnecessarily waited months for the insurer to provide a referral to a specialist for a pelvic issue.

The Los Angeles Superior Court jury reached its verdict on Monday, Dec. 12, in plaintiff Elaine Courtney‘s case after only a few hours of deliberations. She received $6.92 million in compensatory damages and $7.5 million in punitive damages.

Earlier in the day, Judge Daniel Murphy denied Health Net’s motion for a nonsuit. In their court papers, attorneys for Health Net denied Courtney’s allegations and maintained that the company “satisfied its  statutory and contractual duties” regarding her medical care.

“The fundamental defect in plaintiff’s claims is that Health Net Inc. was not responsible for providing or authorizing plaintiff’s care and, when plaintiff raised issues about her treatment through the grievance process of her health plan, Health Net … responded promptly and authorized the requested treatment,” the Health Net attorneys maintained.

But plaintiff’s attorney Travis Corby called the case an important one for the health insurance industry and for Medi-Cal recipients.

“For too long health insurance companies have stood by, complacent that their insureds are prescribed dangerously addictive pain medication while waiting through managed care delays and access to timely specialist care,” Corby said. In the plaintiff’s case, she sought help from Health Net, begging the company to permit her to see the proper specialists, according to Corby.

“But Health Net did nothing to help her, and unfortunately, she is now another victim of the opioid epidemic,” Corby said.

When Courtney finally had surgery in December 2017, she was already dependent on opioid pain medication, according to her suit. During that year, Courtney suffered immense pain and Health Net knew she was unable to care for her four children and that her condition prevented her from using the bathroom without help, the suit states.

“Hopefully this verdict sends a message to Health Net and other health plans,” Corby said.