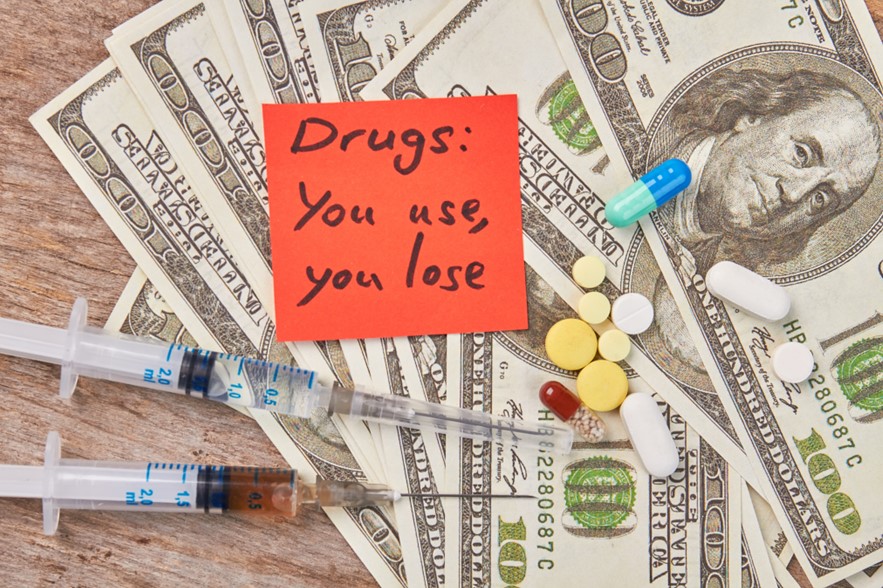 Overdose deaths attributed to the synthetic opioid fentanyl skyrocketed in Los Angeles County over a five-year period ending in 2021, with such fatalities increasing by 1,280%, according to a report released Tuesday, Nov. 29, by the county Department of Public Health.

Meanwhile, the L.A. County District Attorney’s Office and the health department, in a joint statement, announced Tuesday the creation of a working group that will address the fentanyl crisis “through prevention, education and enforcement.”

“Fentanyl overdoses are a significant and growing public health problem across the United States and in LAC, across sociodemographic groups and geographic areas,” according to the report. “The increases among youth and the widening inequities between under- resourced and more affluent groups underscore the need to target prevention efforts to those at highest risk to decrease fentanyl overdoses and advance health equity in LAC.”

In announcing his office’s partnership with the health department on the working group to address the crisis, L.A. County DA George Gascón called the proliferation of fentanyl-related deaths “one of the gravest challenges of our times.”

“We are bringing together the county’s public health experts, education leaders, community advocates and law enforcement professionals to support and utilize evidence-based and effective approaches to stopping the toll fentanyl is taking,” Gascón said in a statement.

“This multifaceted approach is necessary because if the failed ‘War on Drugs’ of the ’90s has taught us one thing, it is that we cannot incarcerate our way out of a public health issue. Enforcement is not enough. Saving lives is the priority when addressing substance abuse and illicit drug use, as only the living have the opportunity to recover. This is a community-wide problem and will take collaboration among all of us to stem the tide of harm that is plaguing our neighborhoods,” Gascón said.

“As our data indicates, the tragedies resulting from fentanyl are indiscriminately impacting all populations regardless of age, race, ethnicity or socioeconomic status,” county Health Director Barbara Ferrer said.

“Fentanyl’s reach is unfortunately broad, calling for a similarly broad approach to address the crisis. I am grateful for this opportunity to work in collaboration with people from many different sectors to address this important public health issue,” Ferrer said.