Marion Myles was last seen on Nov. 18 when he refused to come home from school, according to Los Angeles County Sheriff’s Department. The school is in the area of 45th Street and Avenue K in Lancaster.

Myles had previously run away and was found at Jane Reynold’s Skate Park.

Myles is 4 feet, 5 inches and weighs 110 pounds, according to the LASD. He has black hair and brown eyes. 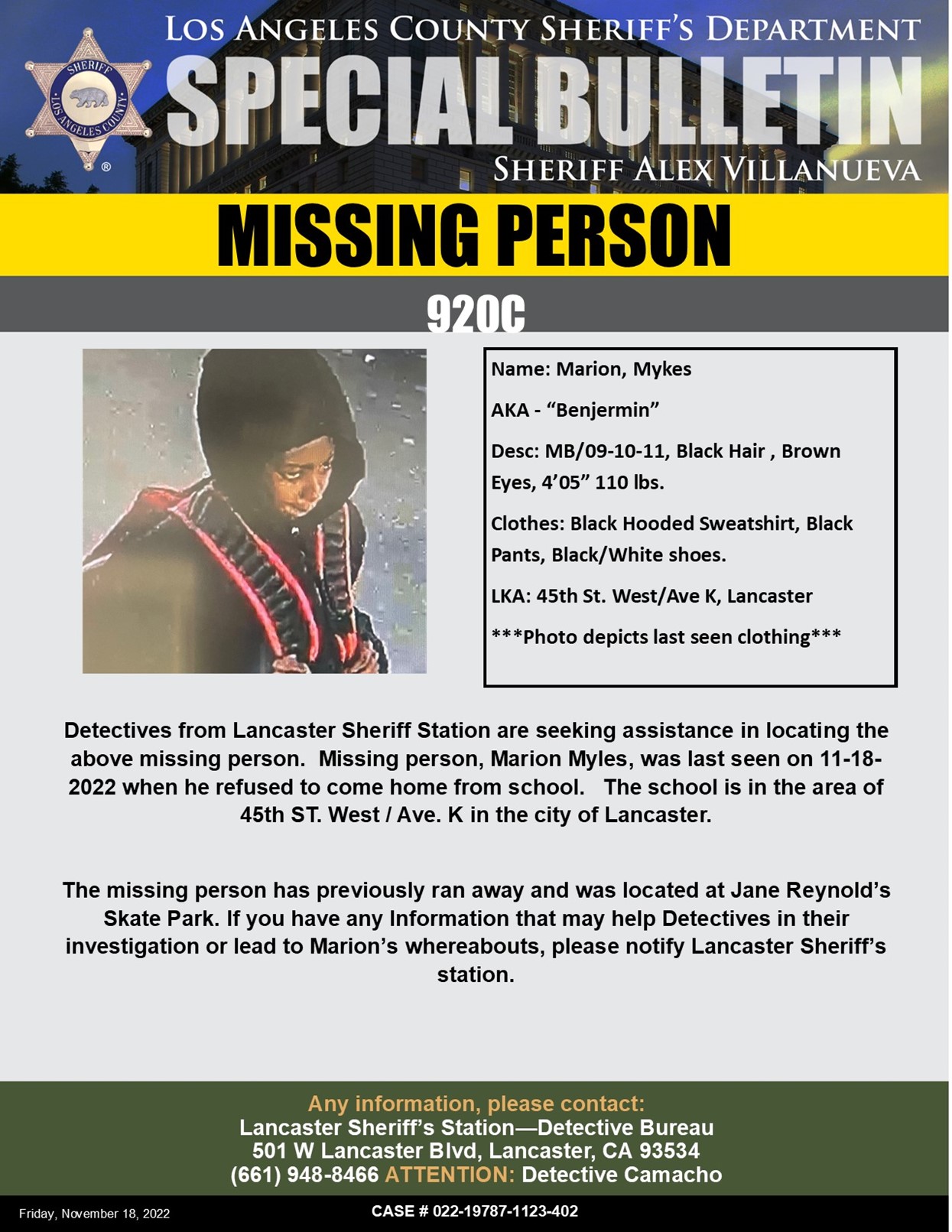