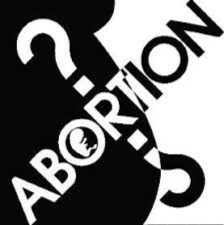 Voters across California will weigh in Tuesday on a ballot measure that would formally establish a right to reproductive freedom, most notably the right to an abortion, in the state constitution.

Proposition 1 was drafted by the state Legislature as a direct response to the U.S. Supreme Court’s overturning of Roe v. Wade, which had established the federal right to an abortion for nearly 50 years.

“With the court punching holes in constitutional protections, our rights are in free fall,” Assembly Speaker Anthony Rendon, D-Lakewood, said in June when the measure was approved in Sacramento.

He called the proposition “our opportunity to turn to California voters — who have strongly supported abortion rights — and let them enshrine this crucial right in California’s Constitution.”

Senate President Pro Tem Toni Atkins, D-San Diego, co-authored the measure, saying “abortion is health care” that should be discussed between a patient and doctor, not politicians.

“When politicians and judges force themselves into that room, safety goes out the window,” Atkins said. “… Today, we provide a ray of hope by enabling voters to enshrine reproductive rights in our constitution, reflecting California’s values and protecting all who need abortion, contraceptives, and other reproductive care in our state.”

The rebuttal to the argument in favor of Proposition 1 in the Official Voter Information Guide distributed to voters by the Secretary of State’s Office declares that “Proposition 1 is not needed to protect abortion rights but it will cost California taxpayers millions” through the increased number of abortion seekers from other states coming to California.

“California law already allows access to abortion and contraception,” attorney Heather Hacker said in the rebuttal. “But unlike state law, which limits late-term abortions unless medically necessary, Proposition 1 has no limit on late-term abortions.”

Opponents have also argued that making California a safe space for abortion will result in a soaring number of out-of-state patients traveling to the state to seek the procedure “at the expense of California taxpayers.”