LANCASTER – Investigators are asking the public to provide information about a weekend shooting in Lancaster that left one man dead and another critically injured.

According to a news release from the Sheriff’s Information Bureau:

On Sept. 18, at approximately 1:50 a.m., Stephen Bain and Antonio Maiden were shot while attending a concert at a bar and grill located on the 42500 block of 10th Street West… Mr. Bain died at the scene from his injuries, and Mr. Maiden was taken to a local hospital and is in critical condition.”

The shooting occurred at the Xalisco Bar and Grill, where a fight broke out between several men, according to a source at the scene.

Bain was a 30-year-old Los Angeles resident, according to the coroner’s office. An age and city of residence for Maiden were not immediately available.

Authorities have released no further details on the circumstances surrounding the shooting.

“Investigators are seeking the public’s assistance and asking anyone with information about this murder to please contact the Los Angeles County Sheriff’s Homicide Bureau at 323-890-5500, or contact Crime Stoppers to remain anonymous,” sheriff’s officials said in the new release. 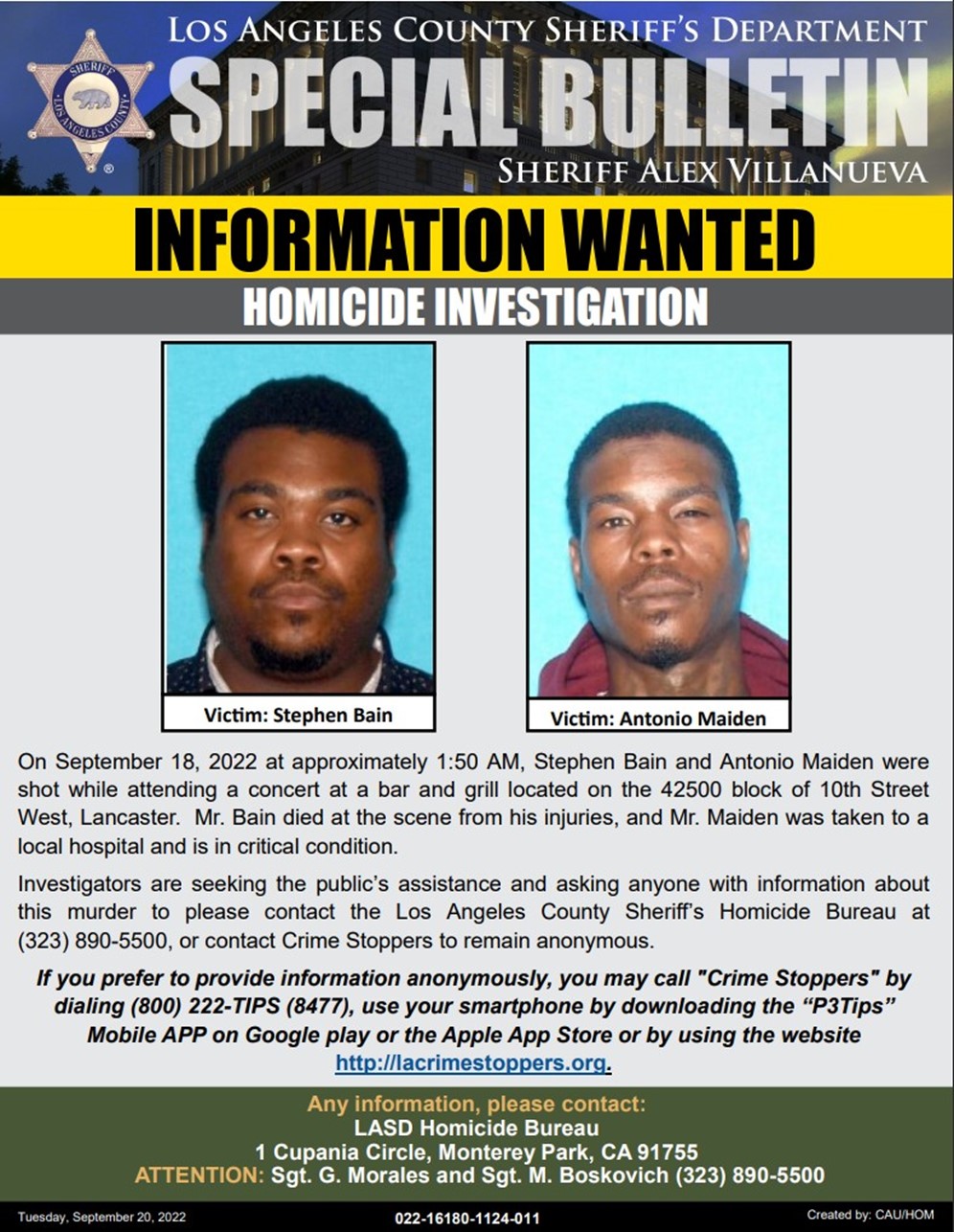