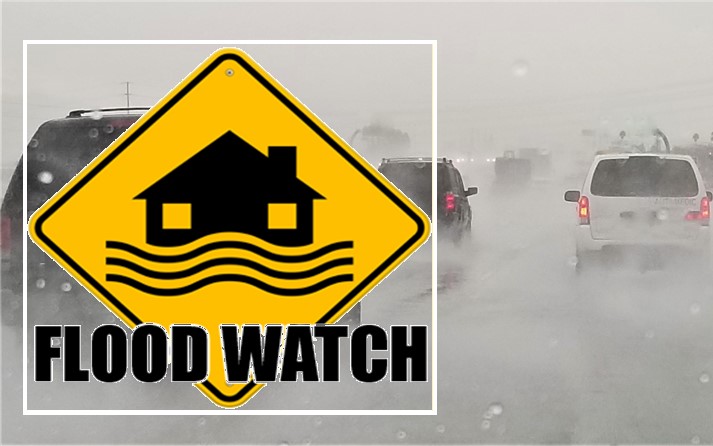 A flood watch has been issued by the National Weather Service from 11 a.m. Monday, Sept. 12, until Monday evening in the Antelope Valley and other parts of Los Angeles County.

The flood watch is in effect for Los Angeles County mountains and the Antelope Valley. Palmdale, Acton, Mount Pinos, Mount Wilson, Lockwood Valley and Lancaster will be affected.

Excessive runoff could result in flooding of rivers, creeks, streams, and other low-lying and flood-prone locations. Mud and debris flows are possible around recent burn areas, the NWS says.

There is a chance of showers and thunderstorms from late Monday morning until Monday evening. Some storms and bursts can produce heavy downpours with rainfall rates exceeding 1 inch per hour.

The NWS recommends monitoring later forecasts and being alert for possible flood warnings. Those living in areas prone to flooding and near recent burn areas should be prepared to take action should flooding develop.