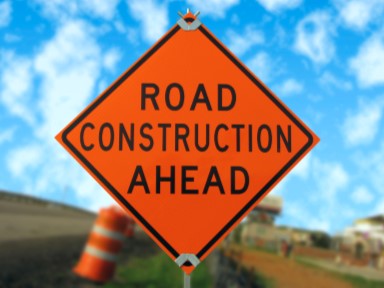 CASTAIC –  The northbound Golden State (5) Freeway in the Castaic area reopened Friday. Sept. 9, after a 12-hour closure that caused traffic headaches for motorists struggling to traverse the area, but additional closures are on tap next week.

The closures are being imposed by Caltrans to allow crews to repair roughly two miles of roadway that was damaged due to the Route Fire. Two lanes of the roadway have been closed in the area since the Route Fire.

The first full closure began at 10 p.m. Thursday, Sept. 8, and the freeway reopened at 10 a.m. Friday. During that closure, crews worked to place 2,400 feet of asphalt concrete in an already-excavated section under construction.

The freeway will be closed again at 11:59 p.m. Sunday, Sept. 11, and each subsequent night through Wednesday, Sept. 14, reopening the following mornings at 10 a.m. During those closures, crews will work on the existing asphalt shoulder for 6,000 feet just north of the concrete section and restripe the lanes. By Thursday, Sept. 15, three lanes of the northbound freeway will be open, according to Caltrans.

During the closures, the turnaround gate at Parker Road will be opened to redirect northbound traffic back south. That will necessitate blocking the three left lanes of the southbound freeway to ensure trucks have room to negotiate the turn, according to Caltrans.

Motorists are advised to avoid the area altogether by taking the Antelope Valley (14) Freeway north of Sylmar, state Route 126/Newhall Ranch Road. Southbound motorists are urged to take the eastbound state Route 138 to the southbound 14 Freeway.

“The safety of the motorists and truckers is our primary goal,” said Caltrans District 7 Acting District Director Gloria Roberts. “The Route Fire caused extensive damage to the two retaining walls, and traffic cannot travel on the two right lanes until more permanent repairs are completed.”

The damage caused to the retaining walls by the Route Fire included warped steel columns, broken tiebacks and possibly damaged anchors, Caltrans reported. Additionally, cracks in the asphalt have widened and wooden lagging on the retaining walls has been burned. The Route Fire, which began around noon on Aug. 31 alongside the Golden State (5) Freeway north of Lake Hughes Road, burned 5,208 acres, destroyed two structures and led to seven heat-related firefighter injuries.

Due to the traffic impacts of the project, Los Angeles County Supervisor Kathryn Barger sent an open letter to residents Friday saying she has asked Gov. Gavin Newsom to make all resources available to allow Caltrans to complete the repairs as quickly as possible. Barger said she has asked the Department of Public Works to establish some local-access-only routes in the area to ensure residents can negotiate the area.

4 comments for "Repairs on 5 Freeway in Castaic to continue next week; traffic delays ahead"