LANCASTER – Authorities are asking for the public’s help to locate an infant boy who was allegedly abducted by his mother in Lancaster before child welfare workers could take him.

“There was an immediate removal order from DCFS (Department of Children and Family Services) when the suspect left the hospital with the child prior to the removal,” according to a news release from the Los Angeles County Sheriff’s Department.

“This is considered a parental abduction by [the infant’s] mother, Alexus Simpson,” the news release states.

His mother, 25-year-old Alexus Simpson, was described as 5-feet tall and 125 pounds, with brown hair and brown eyes.

Anyone with information that might help detectives locate Alexus Simpson or the infant is encouraged to contact the Lancaster Sheriff’s Station at 661-948-8466. Anonymous tips can be reported to Crime Stoppers at 800-222-8477, or at http://lacrimestoppers.org. 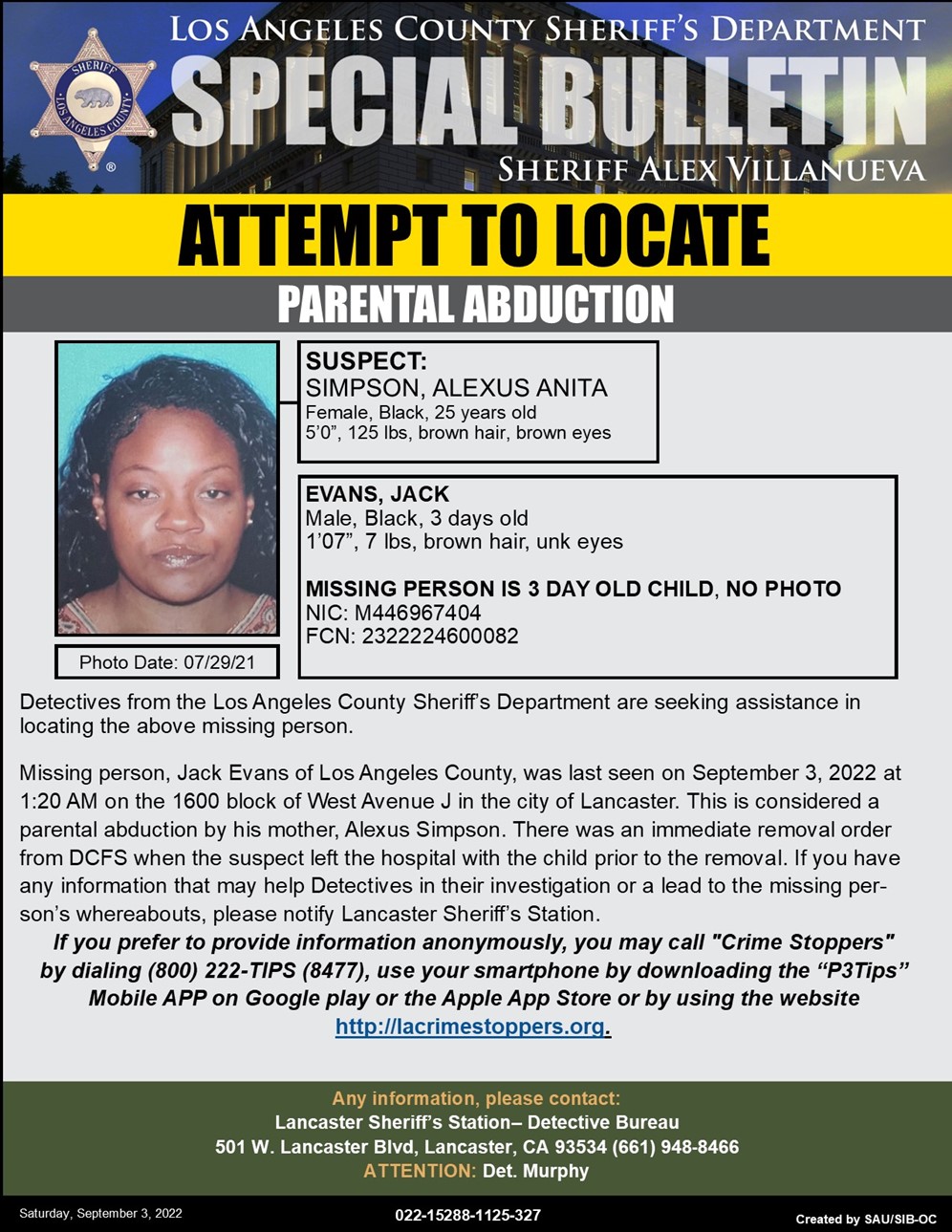