LANCASTER – Authorities are asking for the public’s help to find a 14-year- old girl who ran away from home after an argument with her family in Lancaster.

Ashley Nayeli Garcia Gudiel, who also is known as Ashley Nayeli Betzaida, was last seen at about 8:45 p.m. Friday, Sept. 2, in the 44000 block of Division Street, the Los Angeles County Sheriff’s Department reported.

Ashley was described as a 5-feet-1-inch tall Latina weighing 120 pounds with brown hair and brown eyes. Authorities reported that she has a tattoo of a man’s face in an unknown location.

Ashley was last seen wearing blue jeans and a T-shirt. 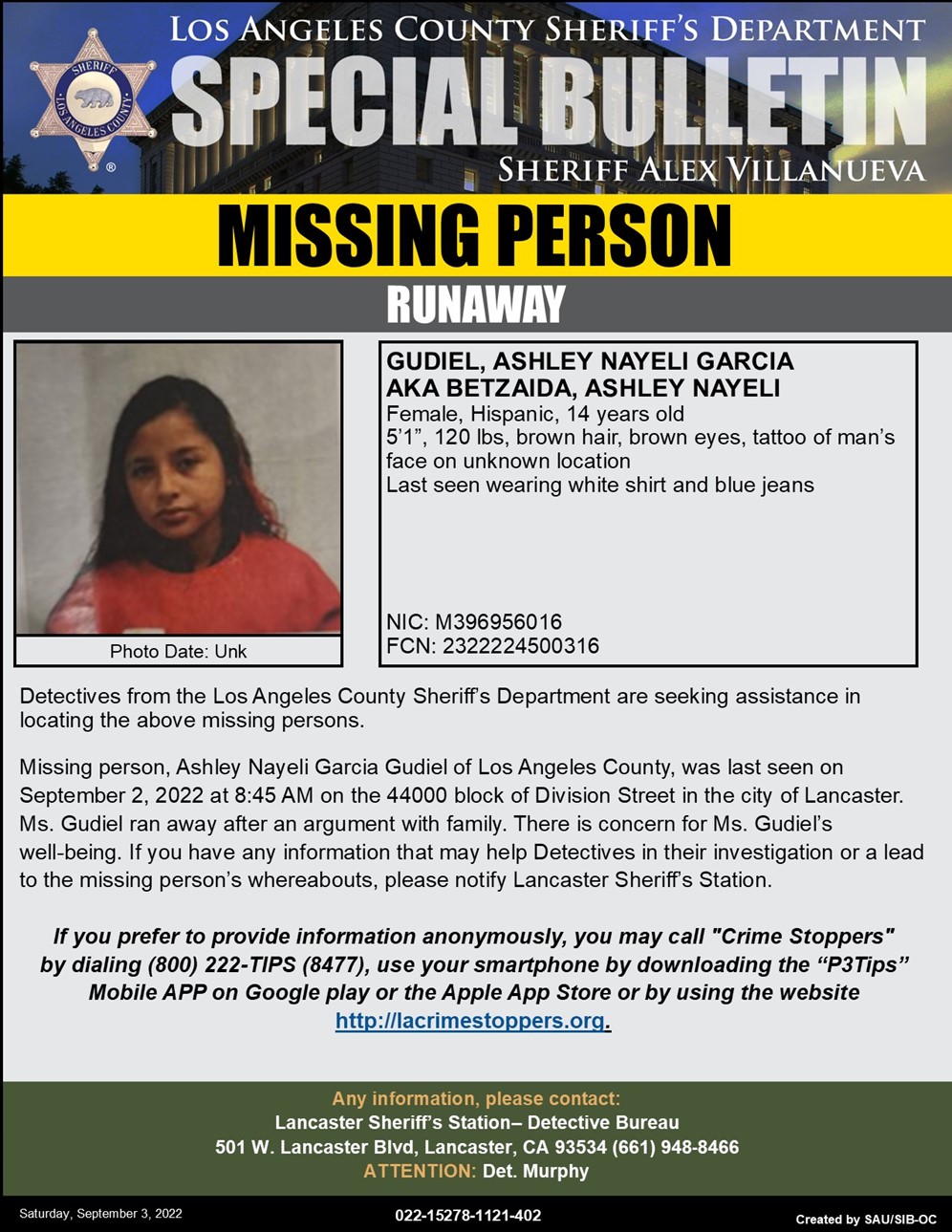 1 comment for "Family argument triggers girl, 14, to run away from Lancaster home"