LANCASTER – Authorities are seeking the public’s help to locate Antonio Cyprian, a 51-year-old man accused of shooting and killing a man in Lancaster last October.

Deputies from the Lancaster station responded to a gunshot victim call and found a man inside the location suffering from a gunshot wound to the upper torso, according to a news release issued shortly after the incident. The victim, later identified as 32-year-old Darrell Jerome Hall, was pronounced dead at the scene.

Sheriff’s officials have released little information on the circumstances surrounding the fatal shooting. Detectives have not said why they identified Antonio Cyprian as the murder suspect or whether or not the two men knew each other.

Cyprian is described as black, about 5 feet 9 inches tall, and approximately 200 pounds. Anyone with information on his whereabouts is encouraged to contact detectives R. Lugo or L. Sanchez at the Los Angeles County Sheriff’s Department’s Homicide Bureau at 323-890-5500. 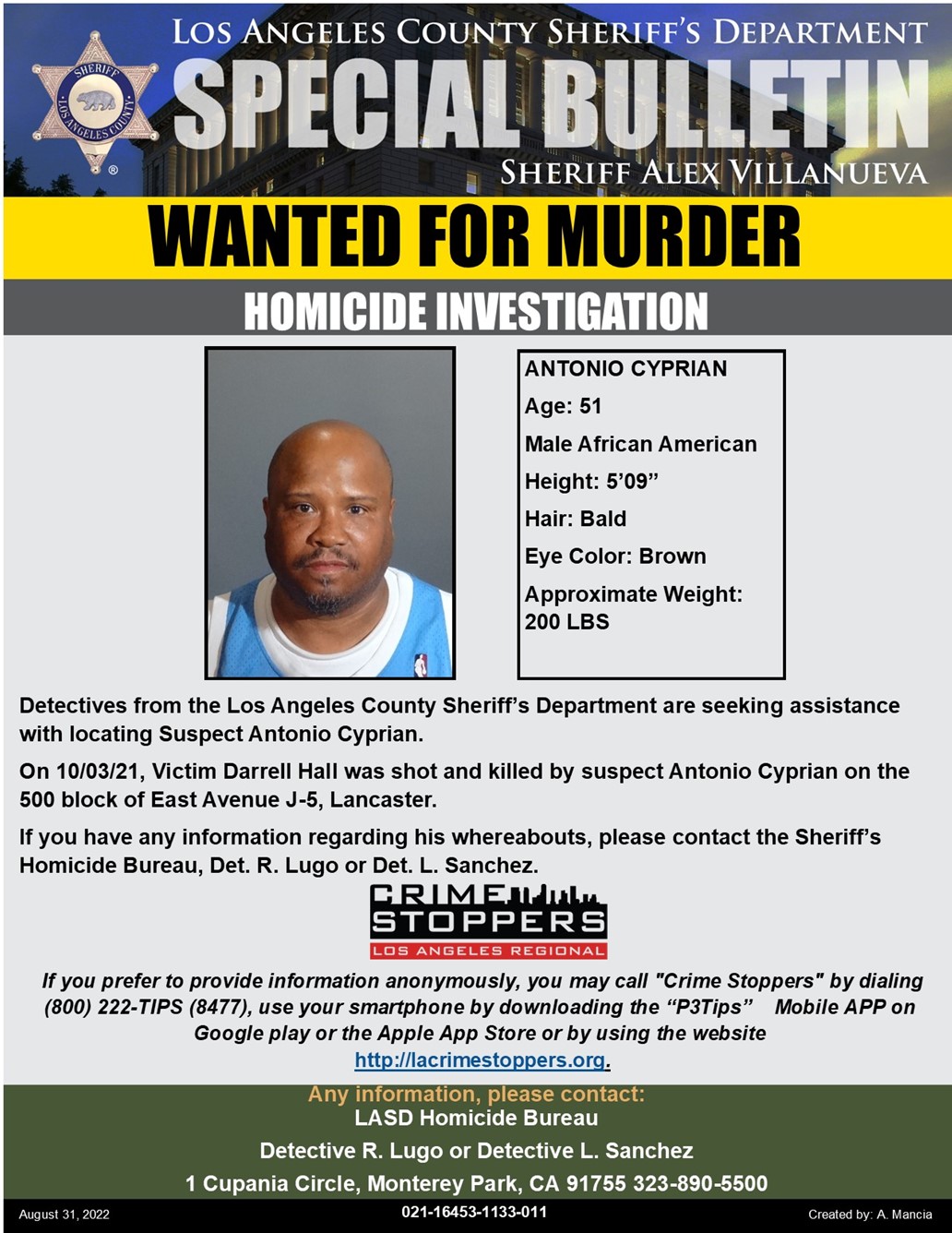