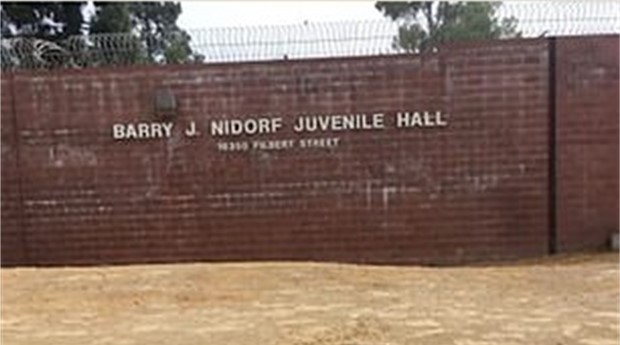 Los Angeles County Board of Supervisors Chair Holly Mitchell called on the county Probation Department Tuesday to immediately begin transferring more than four dozen youth offenders out of the much-criticized Barry J. Nidorf Juvenile Hall in Sylmar to a probation camp in Malibu.

In a lengthy statement, Mitchell cited “a dangerously unhealthy and unsafe climate” for young offenders at Nidorf, and said there are 52 offenders between the ages of 18 and 25 at the facility who can be sent to a “Secure Youth Track Facility.”

“These facilities offer safer settings and provide on-site resources for true rehabilitation, healing and growth so justice-system-involved youth can successfully reintegrate into their communities and overcome recidivism,” she said. “This is needed immediately for the young people at Barry J. Nidorf Juvenile Hall.”

Secure Youth Track Facilities are planned at three locations in Los Angeles County, including Camp Kilpatrick in Malibu, where the county has already been employing a rehabilitation-focused “LA Model” detention facility. The facility was designated by the Board of Supervisors last year as a temporary SYTF location until permanent sites were located.

In March, the board voted to establish permanent SYTF sites for male offenders at Camp Kilpatrick and at Camp Scott in Santa Clarita, and for female offenders at Camp Kirby in Commerce. County staff are expected to return to the board soon with plans for opening the sites, which will house offenders who previously would have been sent to state youth prisons. The state, however, is closing its youth prisons next year, diverting offenders to individual counties for housing.

Mitchell said Tuesday, however, the county cannot wait to move offenders out of the Nidorf Juvenile Hall, which was criticized by state regulators last year as “unsuitable for confinement of youth.”

Board members have also referenced complaints about Nidorf including persistent lockdowns, the lack of rehabilitative services and even maggots in the food. Mitchell said she visited the facility recently to “see firsthand the conditions.”

“It is long past time for the Probation Department to use its authority to move the young people already dispositioned by the court to be eligible to complete their sentence at a Secure Youth Track Facility into Campus Kilpatrick,” she said.

“This crisis demands decisive action. With the population expected to grow to 170 secure track youth, we can no longer delay the desperately needed step of moving the young people who are ready to be served by rehabilitative programs into a facility that can appropriately meet their needs.”