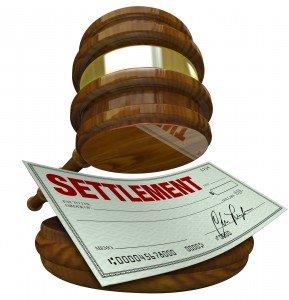 The toxic water settlement at Camp Lejeune is expected to be the largest-ever federal class action settlement in US history. Several veterans, family members, and civilians may receive compensation from a lawsuit filed over contamination at the military base. The average payment is not known yet—and it’s even hard for people who were hurt by contaminated water at the Lejeune Camp to know if they qualify for this money.

The government found dozens of chemical compounds inside the Camp Lejeune water supply, but the four main chemicals,

Dry cleaning and producing products like plastics, pesticides, packaging, and pipes use these chemicals. They are all highly carcinogenic and toxic to humans.

How To Know If You Qualify

The settlement is open to those who were stationed at Camp Lejeune and have been diagnosed with one of the following diseases:

If you have one of these diseases or believe your health problems are related to contaminated water at the Lejeune Camp, contact a Camp Lejeune lawyer.

Camp Lejeune Water Contamination Claims Denied by VA due to Lack of Evidence.

The VA initially denied Camp Lejeune toxic water claims due to a lack of evidence. The VA is not required to provide any explanation for its determinations. However, it appears that many of these decisions are based on the fact that there is no evidence of harm or exposure to chemicals at Camp Lejeune.

In other words, if you were stationed at Camp Lejeune and never worked in any buildings where there was contaminated water (or drank or used any public facilities), then the VA will likely deny your claim because they find no evidence that you were exposed to dangerous chemicals through the water supply.

New data released on the Camp Lejeune water contamination has changed the complexion of the case. The new information could make it easier to prove that there was a toxic water supply at Camp Lejeune, and it may help you win your compensation claim.

People harmed by Camp Lejeune’s polluted water can now sue the federal government thanks to the new bill.

In August 2022, the Camp Lejeune Justice Act of 2022 was approved by the Senate and will soon become law. The bill states that it will “provide for recovery by persons stationed, residing, or employed at Camp Lejeune, for some actions or errors committed by the United States.”

So, how much should you expect? No publicly disclosed settlement sums for Camp Lejeune toxic water litigations have been announced as of yet. However, veterans who have had their Camp Lejeune compensation claim approved by the VA and received a 100% rating may receive $3,000, according to some attorneys.

The amount of VA disability benefits vary according to the level of disability. Veterans who have had their claims denied can get assistance from a certified veterans service officer (VSO) or hire a certified VA attorney to represent them in an appeal.

Veterans who had their claims rejected by the VA under the Camp Lejeune Justice Act of 2022 will have up to two years after the act’s passage or 180 days after the administrative decision to sue the government.

The Camp Lejeune toxic water settlement is one of the most important environmental issues of our time. There are many things to consider when it comes to whether or not you should file a compensation claim, but we hope this article has helped you better understand what is at stake and how much money could be coming your way if you do decide to pursue legal action.