LANCASTER – Authorities are seeking the public’s help to locate a 49-year-old man diagnosed with schizophrenia who was last seen in Lancaster two months ago.

Edward McComas Martin was last seen in Lancaster in May, though his last approximate whereabouts were not known, according to Deputy Brenda Serna of the Sheriff’s Information Bureau

Martin is white, 5-feet-5 inches tall and weighs 170 pounds, with hazel eyes, strawberry blonde hair and scarring on his left leg. Authorities also noted he walks with a limp.

Anyone with information on Martin’s whereabouts is encouraged to call the Sheriff’s Missing Persons Unit at 323-890-5500. Anonymous tips can be called in to Crime Stoppers at 800-222-8477 or submitted online at lacrimestoppers.org. 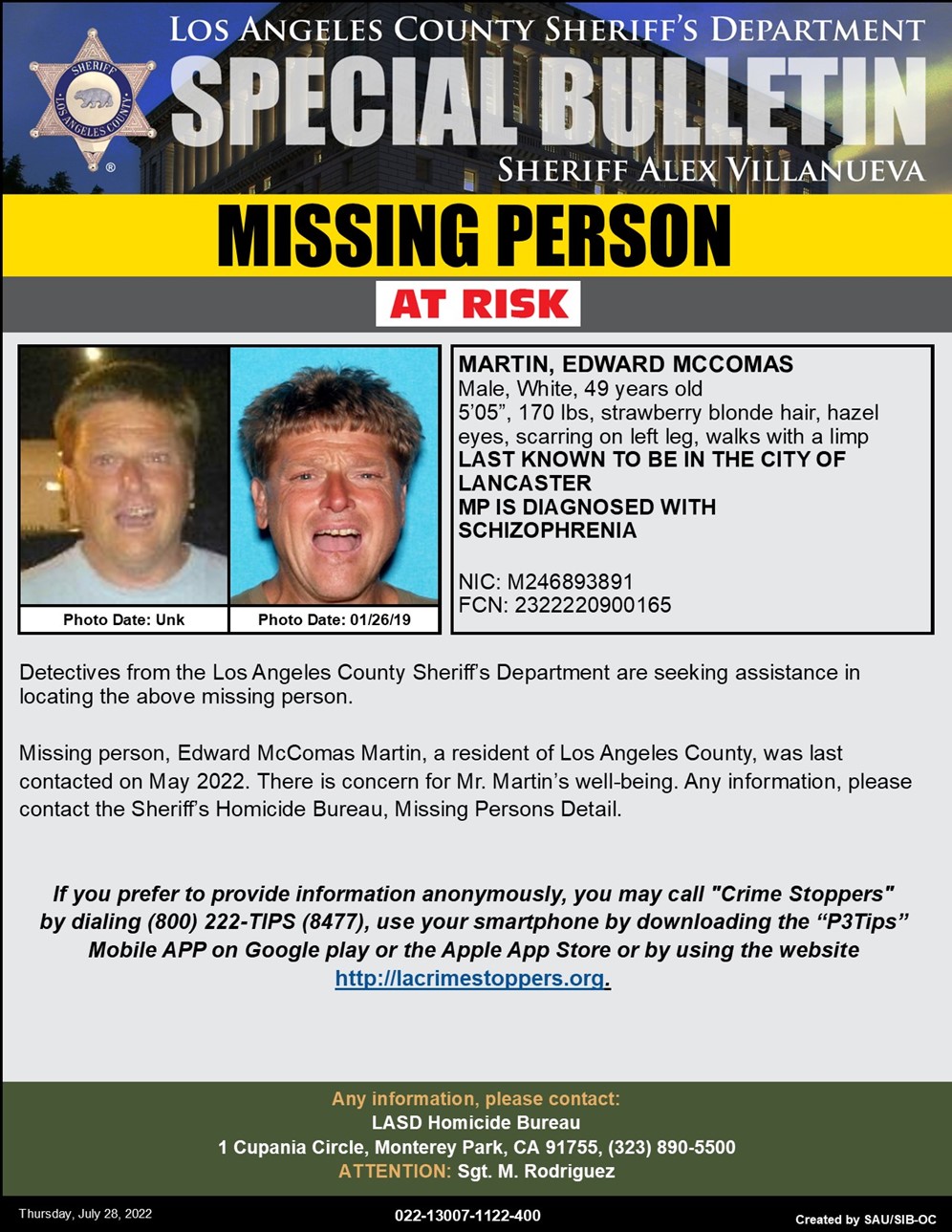