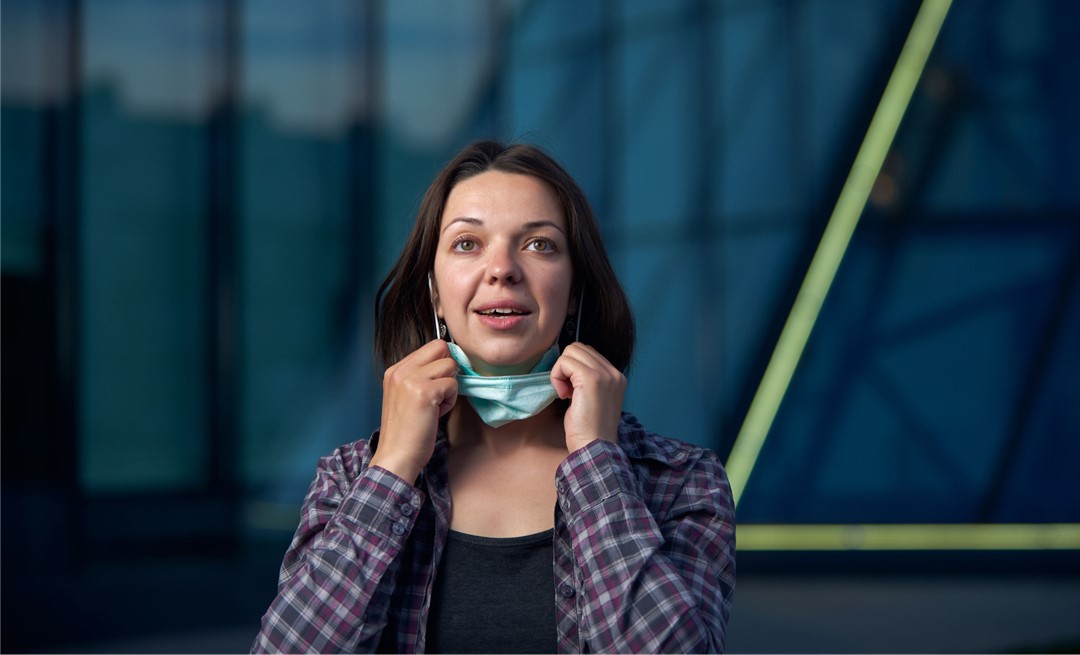 Public Health Director Barbara Ferrer told reporters in an online briefing that the county’s average daily number of new COVID cases over the past week was about 5,900 per day, down from 6,750 a week ago. There were 1,239 COVID-positive patients hospitalized in the county as of Thursday, down from 1,329 a week ago. She also noted that the average daily rate of people testing positive for the virus has been holding mostly steady.

According to Ferrer, the decline in new infection numbers is “potentially signaling a downward trend in cases.” She said hospitalizations have also begun declining “for the first time since mid-April.” Declines in new cases and hospitalizations will likely also lead to a reduction in virus-related deaths, she said.

Ferrer had previously said that a new indoor masking mandate would be imposed if the county remained in the “high” virus activity level category as defined by the U.S. Centers for Disease Control and Prevention for two weeks. The county entered the “high” category exactly two weeks ago when the average daily rate of new COVID-related hospital admissions rose above 10 per 100,000 residents. That put the county on track to impose a new masking mandate on Friday.

As of Thursday afternoon, the CDC still put the county’s rate of COVID hospital admissions in the “high” category at 11.5 per 100,000, Ferrer said, but that rate only took into account patient numbers through Monday. The county, however, examined the numbers through Wednesday, which put the rate at 9.7 per 100,000 — enough to move the county back into the “medium” virus activity level. Ferrer said that figure is “a good reason not to move forward” with an indoor masking mandate, even though it’s likely the county will officially remain in the CDC’s “high” category for at least another week.

Despite the decision against a mandate, masks are still required in some indoor spaces — health care facilities, transit hubs, on transit vehicles, airports, correctional facilities and shelters. A universal mandate would have spread the requirement to all indoor public spaces, including shared office spaces, manufacturing facilities, retail stores, indoor events, indoor restaurants and bars and schools. Ferrer said Thursday that despite the county’s decision against a mandatory mask-wearing mandate, face coverings are still strongly recommended in locations beyond those where they are required.

“While we are still in this surge, indoor masking is strongly advised everywhere else,” Ferrer said.

The possibility of a new mask mandate being implemented prompted much debate over the past week. County Supervisor Kathryn Barger issued a statement Monday saying she will not support a new mask mandate. She said she agrees that masks are an effective tool against virus spread, but does not believe imposing a mandate will have the desired effect.

“I am adamantly opposed to mandating the masking, because I truly do believe it’s going to have the opposite effect,” Barger said during Tuesday’s board meeting.

Supervisor Janice Hahn joined Barger in opposing a possible mandate, saying she fears imposing such a rule would be “very divisive for L.A. County.”

Ferrer said Thursday residents should not fall into complacency in response to the county’s decision against a mask mandate. She reiterated that transmission of COVID-19 remains high across the county, and the virus is still a leading cause of death, killing more people in the first six months of the year than drug overdoses, the flu and traffic crashes combined. The number of cases announced by the county each day are also believed to be an undercount, since many people rely on at-home tests, the results of which are not always reported to health officials.

The county reported 7,009 new COVID cases on Thursday, July 28, raising the overall total from throughout the pandemic to 3,286,471. Another 18 deaths were reported, giving the county a cumulative virus-related death toll of 32,691. The 1,239 COVID-positive patients in county hospitals as of Thursday was down from 1,280 on Wednesday. Of those patients, 147 were being treated in intensive care, up from 137 a day earlier.

“I’m hopeful that we will now be able to move on from this heightened focus on masking mandates to what really matters — focusing on promoting the efficacy of vaccines and boosters, improving access to COVID-19 treatments, and continuing to educate our county’s residents on the benefits of masking,” Barger said. “I am comfortable  leaving this decision in the public’s very capable hands.”

Ferrer noted that should the county see another surge in cases, the idea of a masking mandate will still be on the table, although she said current statistics indicate such a move is unlikely.