LANCASTER – A 40-year-old woman who has bipolar disorder and was reported missing in Lancaster has been found, authorities said.

Lisa Monique Smith last contacted her family at about 2:30 p.m. Monday, July 25,and authorities sought the public’s help to find her.

They said she was known to frequent parks in the Lancaster area, and her family was concerned for her will being.

On Tuesday, July 26, the Los Angeles County Sheriff’s Department reported that Smith had been found.

Other details were not released. 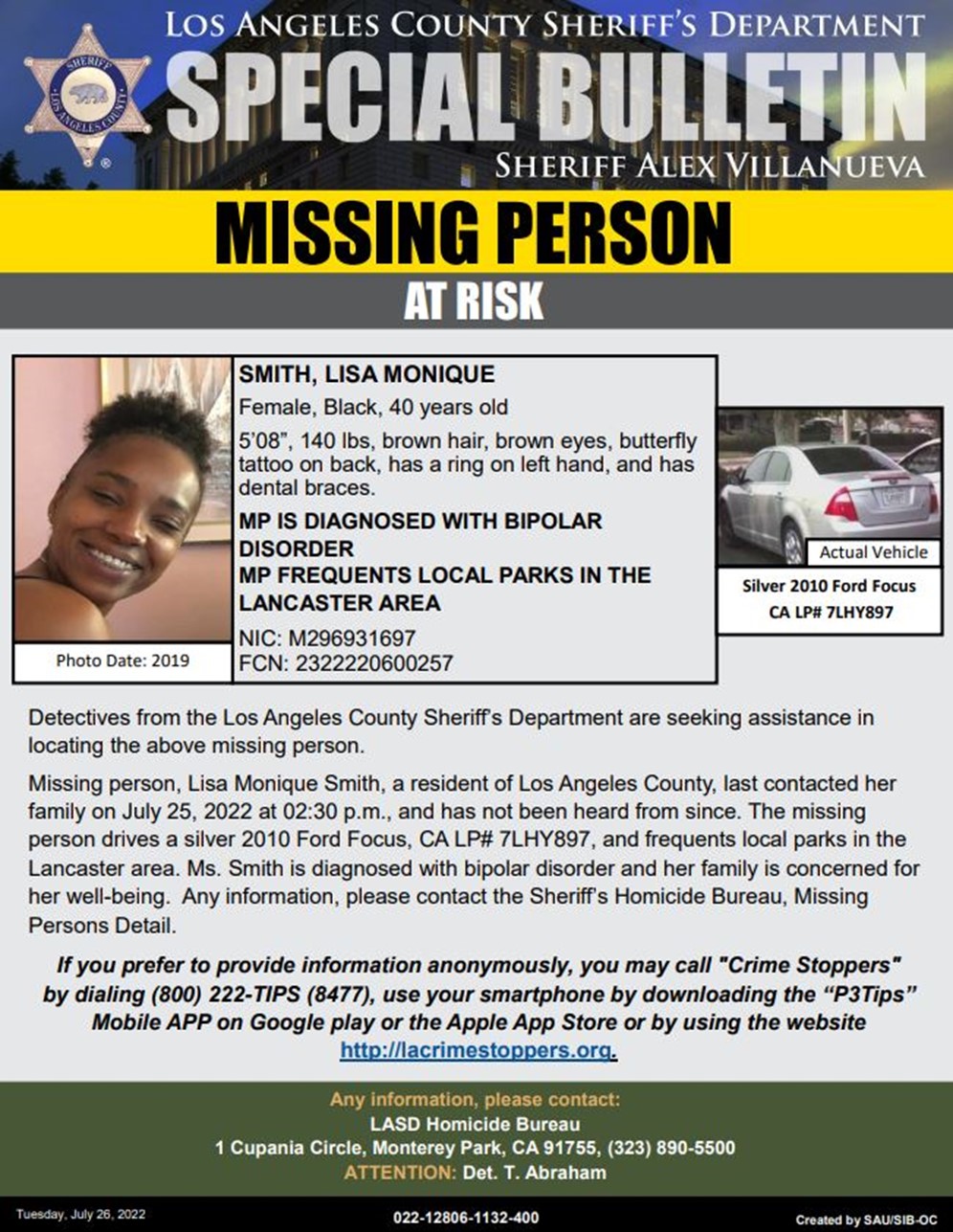