LANCASTER – Sheriff’s detectives are asking for the public’s help to find a 59-year-old man who has been missing since October of last year and is known to frequent Lancaster.

Dennis Dale Peltier was last contacted around 12 p.m. on October 21, 2021, according to a news release from the Los Angeles County Sheriff’s Department.

Peltier, a resident of Los Angeles County, is known to frequent Avenue K in Lancaster, authorities said. He also has ties to Alabama and Georgia, the LASD reported.

Peltier is white. He stands 6 feet tall and weighs 170 pounds, the LASD reported. He has blue eyes. He’s bald and has multiple tattoos on his arms.

“Dennis’ family is concerned for his well-being and are asking for the public’s help,” the LASD news release states. 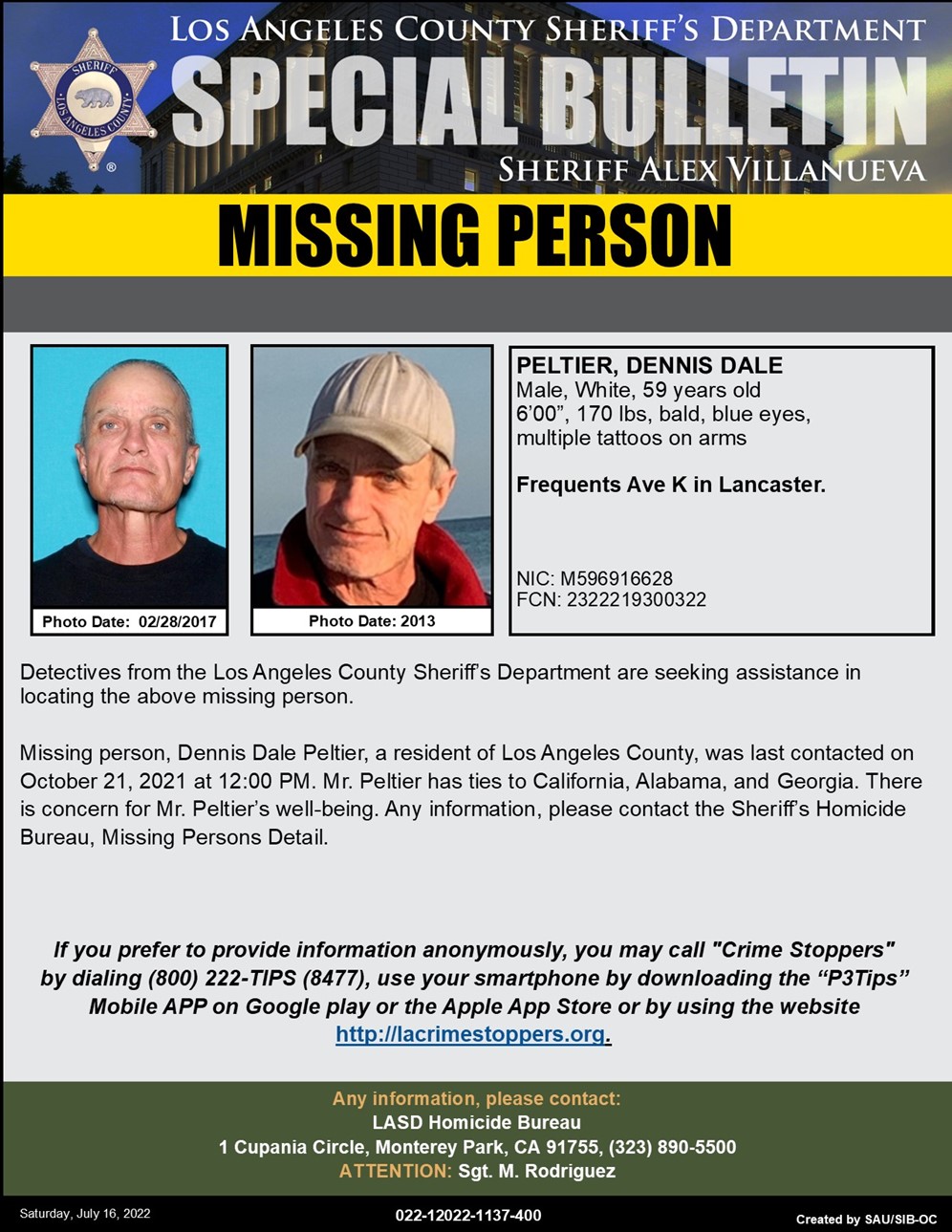