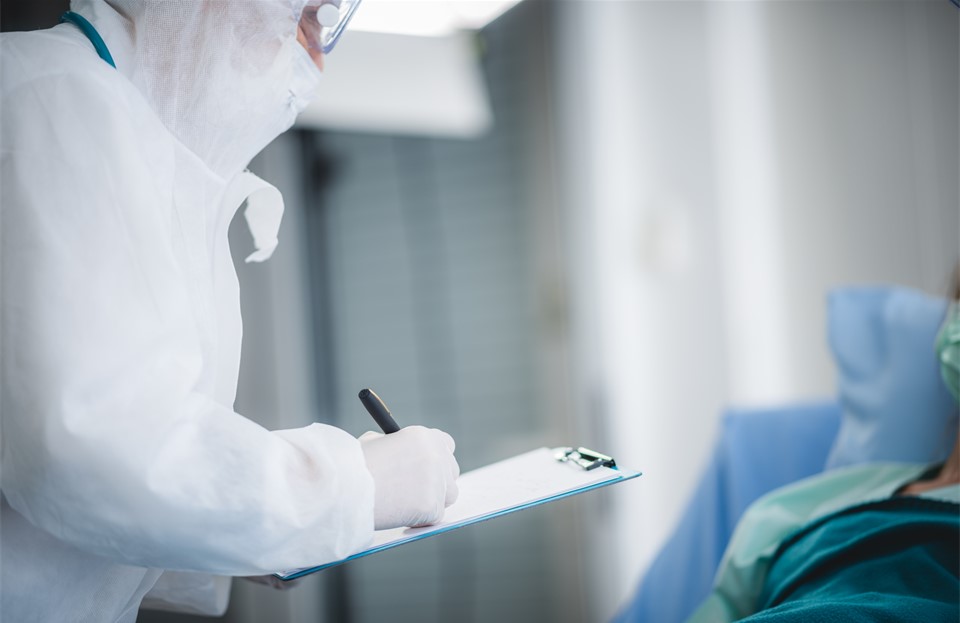 With the county teetering on the edge of the “high” COVID-19 activity level — potentially leading to a new indoor mask- wearing mandate — virus-related hospitalizations climbed slightly higher Wednesday in Los Angeles County, while another 6,530 new infections were reported.

According to state figures, there were 1,170 COVID-positive patients in county hospitals as of Wednesday, up from 1,153 on Tuesday. Of those patients, 123 were being treated in intensive care units, up from 115 a day earlier. According to the county, roughly 40% of the patients were actually admitted for COVID illness, while about 60% were admitted for other reasons.

Along with the 6,530 new infections, the county Department of Public Health on Wednesday, July 13, reported 15 more virus-related deaths. After months of steadily low COVID fatality numbers, Public Health Director Barbara Ferrer noted this week that the daily death figure has begun rising, hitting double- digits for all but one day in the past week. The 15 new deaths announced Wednesday lifted the county’s virus- related death toll to 32,478. Health officials have said that a majority of the deaths occurred in people with at least one underlying health condition, mainly hypertension, diabetes and heart disease.

Infection numbers have also been on the rise, thanks to the growing prevalence of the BA.4 and BA.5 variants, which health officials say are dramatically more infectious than previous strains and can sicken even people who were previously infected with other variants.

The 6,530 new cases reported Wednesday gave the county a cumulative total from throughout the pandemic of 3,189,901. Ferrer has said repeatedly that the daily infection number released by the county, while high, is still an undercount of actual case numbers, since many people now rely on at-home tests that are not reported to the health department. The rolling average rate of people testing positive for the virus was 16.3% as of Wednesday.

The steadily rising hospitalization number has put the county on the verge of moving into the “high” COVID activity level category, as defined by the U.S. Centers for Disease Control and Prevention. Ferrer told the Board of Supervisors this week the county is on pace to reach the “high” level as early as Thursday.

If the county remains in the “high” category for two straight weeks, a mandatory indoor mask-wearing mandate will be re-imposed in the county. Under the current pace, that would happen on July 29. The county is already in the CDC’s “medium” COVID level, based on the elevated rate of people being infected with the virus. If the county’s rate of average daily COVID-positive patients being admitted to area hospitals tops 10 per 100,000 residents, it will enter the “high” category.

“I do recognize that when we return to universal indoor masking to reduce high spread, for many this will feel like a step backwards,” Ferrer told the Board of Supervisors on Tuesday. But she said universal masking “makes a lot of sense because it helps us to reduce risk.”

Supervisor Kathryn Barger urged Ferrer and health officials to conduct outreach to local businesses to discuss the impacts they could face, “especially when surrounding counties are not considering” a mandate.

Supervisor Sheila Kuehl again forcefully backed the idea of requiring masks, saying she has “no patience” for people who won’t wear them.

“People are just not wearing them when they’re not mandated,” Kuehl said.