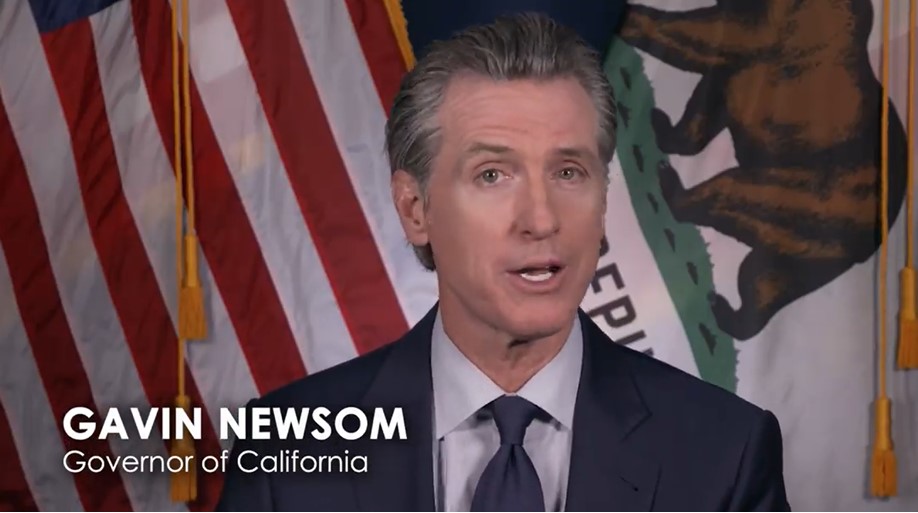 “California has banded together with Oregon and Washington to stand up for women, and to protect access to reproductive health care,” Newsom said in a statement. “We will not sit on the sidelines and allow patients who seek reproductive care in our states or the doctors that provide that care to be intimidated with criminal prosecution. We refuse to go back and we will fight like hell to protect our rights and our values.”

Newsom, along with Oregon Gov. Kate Brown and Washington Gov. Jay Inslee, issued a Multi-State Commitment to defending access to abortion, contraceptives and other reproductive health care, and to protecting doctors and patients “against efforts by other states to export their abortion bans to our states.”

“The Supreme Court has made it clear — they want to strip women of their liberty and let Republican states replace it with mandated birth because the right to choose an abortion is not `deeply rooted in history,”‘ Newsom said. “They want to turn back the clock to a time when women had no right to make decisions about their own bodies, when women had to seek care in the shadows and at great danger, when women were not treated as equal citizens under the law. This is another devastating step toward erasing the rights and liberties Americans have fought for on battlefields, in courthouses and in capitols.”

In a statement of her own, Brown said, “You cannot ban abortion, you can only ban safe abortions.”

“And this disgraceful Supreme Court decision will undoubtedly put many people’s lives at risk, in addition to stripping away a constitutional right that disproportionately affects women and has been settled law for most of our lifetimes,” Brown said.

Inslee added, “The right of choice should not depend on which party holds the majority, but that’s where we find ourselves. More than half the nation’s population now lacks safe access to a medical procedure that only a patient and their doctor can and should make for themselves. Instead, law enforcement, vigilantes and judicial systems can force patients to bear the burdens of forced pregnancy and birth.”