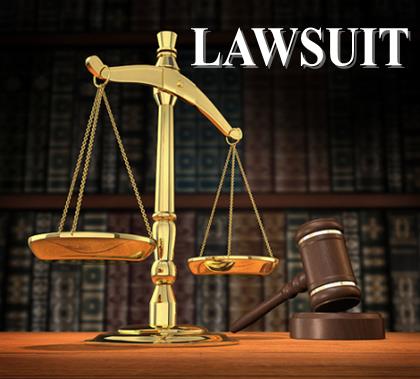 A judge has given a former coroner’s office investigator the option of accepting a reduction of a jury’s award of $8.4 million in her whistleblower suit against Los Angeles County — in which she said she was forced into early retirement in 2017 in retaliation for raising suspicions about the death of an 8-year-old disabled boy — to $3 million, or face a new trial on damages.

In a series of rulings Monday, June 20, Los Angeles Superior Court Judge Robert S. Draper denied a motion by county lawyers to grant a retrial of plaintiff Denise Bertone‘s entire case as well as their motion for judgment notwithstanding the verdict. However the judge did find that the amount of damages given Bertone was excessive and he gave her until the end of August to decide which choice to make.

On Dec. 17, a jury deliberated for less than a day before finding in favor of Bertone, who also is a registered nurse. She was hired in 2002 and for years investigated the deaths of infants and children, according to her lawsuit filed in November 2018. Lawyers for the county denied that Bertone was subjected to retaliation and argued that all actions taken regarding her employment were for legitimate, non-discriminatory reasons. They maintained she suffered no damages or harm.

According to the lawsuit, the coroner’s office received a case in 2013 involving the death of an 8-year-old disabled boy named Cole who was in a coma after being found head-first and submerged in water and clothing in a top-loader washing machine by his stepmother. The boy was taken to a hospital, where the nonprofit organ and tissue harvesting company One Legacy obtained permission to have his organs harvested for donation after his death, the suit stated.

But when the boy kept breathing after being taken off a ventilator, the attending physician gave him a large dose of fentanyl, a synthetic opiod used to treat severe pain, as a “comfort measure” that instead caused cardiac arrest and the boy subsequently died, the suit stated. One Legacy then harvested his organs, the suit stated. Bertone investigated the boy’s death and told her supervisors she believed he died of a fentanyl overdose, but her office nonetheless wrote on the death certificate that the cause of death was suffocation caused by submersion in water, according to the suit.

Bertone went on a medical leave in April 2014 and when she returned nine months later, she was not assigned to her previous position, which she believes was a backlash for her speaking out about the boy’s death, the suit stated. However, in December 2016 her office changed the cause of the boy’s death to consequences from a fentanyl overdose, according to the suit.

As a result of not being returned to her previous position, Bertone lost overtime pay opportunities, a car to take home and the ability to promote with the agency, according to the suit.

Bertone was forced into early retirement due to “intolerable working conditions,” the suit states.