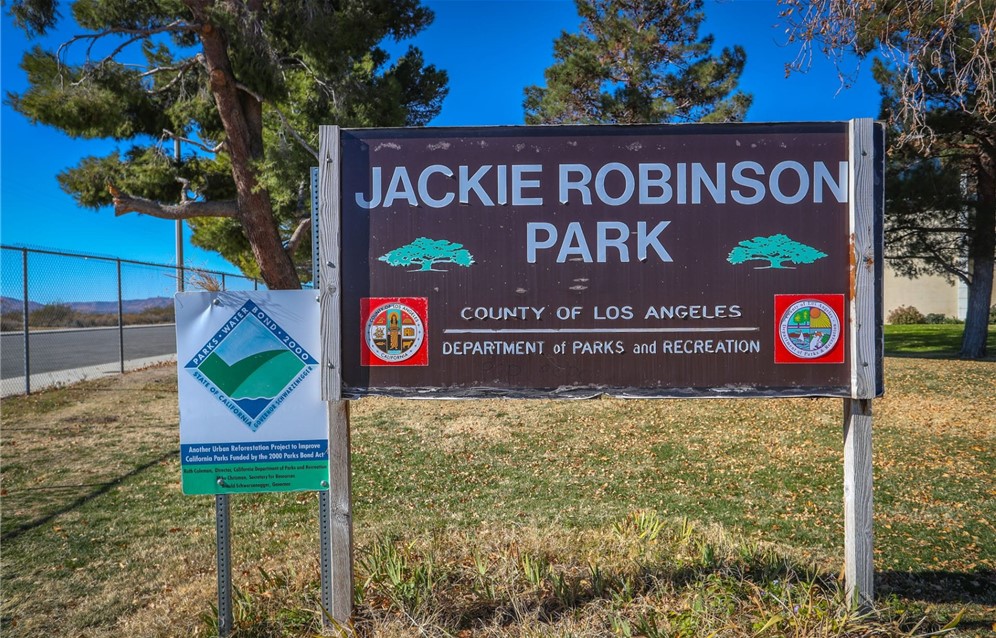 SUN VILLAGE – As Los Angeles County approaches its second official celebration of the Juneteenth holiday, the Board of Supervisors on Tuesday, June 14, approved an ordinance designating Jackie Robinson Park as a Los Angeles County Landmark.

“Our county is committed to embracing and celebrating the rich and diverse cultures that are the hallmark of our communities,” said Supervisor Kathryn Barger. “It’s fitting that Sun Village’s historic Jackie Robinson Park will be protected and preserved thanks to its new county landmark designation. I take my responsibility of being a good steward of historic treasures in unincorporated communities seriously. That mission ensures future generations can be exposed to and appreciate the contributions of those who preceded them.”

Jackie Robinson Park was initially approved by the Board of Supervisors in 1958, and was officially dedicated in 1965 during a ceremony that included the attendance of the legendary Jackie Robinson. It was the first in the nation named after Robinson and was spearheaded by the Sun Village Women’s Club, which arranged for a land donation. The park is also associated with events related to the development of Sun Village by African Americans seeking employment and housing unrestricted by discriminatory practices.

Sun Village’s Juneteenth festival has been occurring for decades and is among the oldest in Southern California. At its upcoming Juneteenth Festival on Saturday, June 18, from 10 a.m. to 10 p.m., Sun Village will celebrate Jackie Robinson Park’s designation as a historical landmark. The park is located at 8773 East Avenue R, Sun Village, CA 93543.

Visit its website at https://parks.lacounty.gov/jackie-robinson-park/ to view park images and information on its amenities.