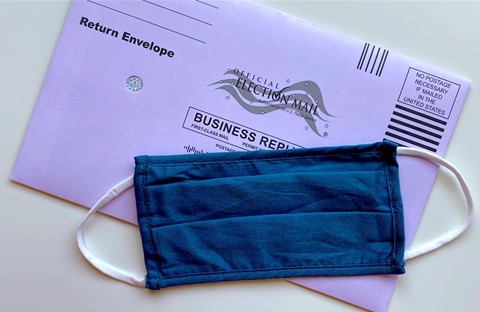 More than 400,000 ballots still remain to be counted from Tuesday’s primary election in Los Angeles County, according to an estimate released Wednesday by the county Registrar-Recorder/County Clerk’s Office.

The office estimated that 400,000 vote-by-mail ballots still need to be processed, along with 680 conditional voter-registration ballots, 105 provisional ballots and 300 other miscellaneous ballots.

The clerk’s office will also continue to accept mail ballots through June 14, as long as they were postmarked by Election Day.

Semi-final results released early Wednesday morning showed that 822,545 ballots had been tallied, equating to a turnout of 14.45% of registered voters in Los Angeles County.

There were 580,358 voters who cast mail ballots in the election, while 242,187 voters cast ballots at vote centers.

There are 5,690,637 registered voters in Los Angeles County.

The first post-election ballot count update is scheduled for Friday.

2 comments for "More than 400,000 ballots still to count in LA County primary election"