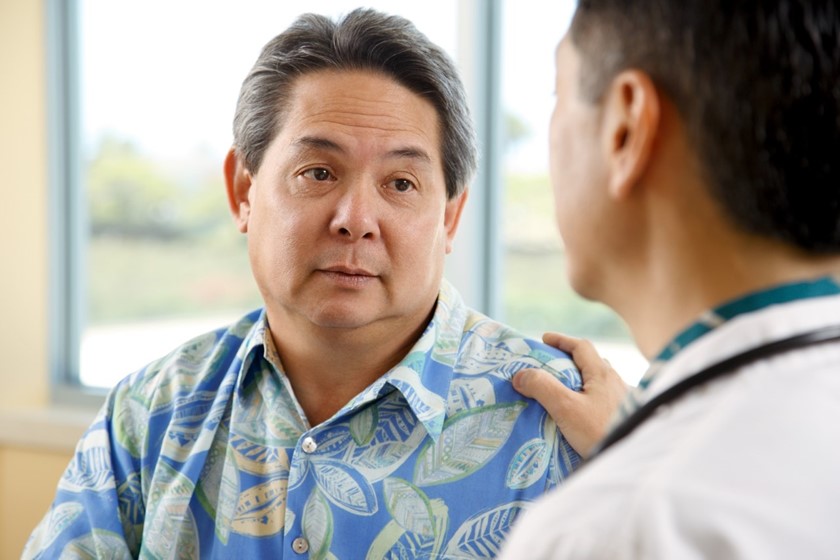 It’s impossible to measure the mental health impact of the global pandemic, recent mass shootings, economic stressors such as inflation, and world events like the war in Ukraine. From the loss of life to changes in our everyday behaviors and actions, our lives are being profoundly affected.

The scars on our mental well-being are more difficult to see, however. Depression and suicide in particular have become a growing concern, especially among men, who often hide the pain and anxiety they may be feeling.

With June being Men’s Health Month, it’s important to know that the prevalence of depressive symptoms reported by men in the U.S. has increased in every age group during the pandemic, according to JAMA.

Men are also stigmatized when it comes to talking about mental health issues like anxiety or depression, and far less likely than women to get help, according to the American Journal of Men’s Health. That’s why it’s important to shed light on how mental health challenges affect men in particular.

In fact, studies show men are less likely than women to recognize, talk about and seek treatment for depression, which affects a large number of men. And, if left untreated, depression can lead to thoughts of suicide.

“For many men, hiding their emotions seems to be common due to cultural reasons and stereotypes of how ‘real men’ are supposed to behave and remain strong,” explained Dr. Britany Alexander, a psychiatrist at Kaiser Permanente Southern California. “Unfortunately, that can lead to serious mental health problems where men with depression may feel very tired and lose interest in work, family or hobbies. If left untreated for long periods of time, it can also lead to suicide.”

Instead of seeking treatment for depression, some men turn to drugs or alcohol to try to cope with their emotional symptoms, Dr. Alexander added. Also, while women with depression are more likely to attempt suicide, it is more likely for men to die by suicide, due to the use of more lethal methods and weapons. In fact, men are nearly four times more likely to die by suicide than women, according to the American Foundation for Suicide Prevention.

According to the National Institute of Mental Health (NIMH), common depression symptoms among men include:

According to NIMH, research suggests that depression is caused by a combination of risk factors, including:

Because men often avoid addressing their feelings, the role of friends and family in encouraging a man with depression to visit a doctor or mental health professional for an evaluation is critically important, Dr. Alexander stressed.

“Once diagnosed, depression among men can be treated successfully with medications or psychotherapy or through a combination,” she noted. “The key is not to ignore the symptoms, or to not seek help when necessary.”

If you or someone you know is suffering from depression, Kaiser Permanente offers valuable information and care instructions.

1 comment for "Op-ed: Depression among men not to be taken lightly"