PALMDALE – Authorities Tuesday circulated security images of a person of interest being sought in connection with the killing of a man who was shot to death Friday night as he slept in his home in Palmdale.

Dante Pickens-Horton, 32, was shot multiple times around 11:48 p.m. Friday, May 27, in his residence in the 37300 block of Cedrela Avenue, the Los Angeles County Sheriff’s Department reported. No arrests were reported.

The man depicted in the security images was seen walking in the neighborhood before the shooting, according to the sheriff’s department. He was wearing a hoodie, and his face was partially obscured by a mask. 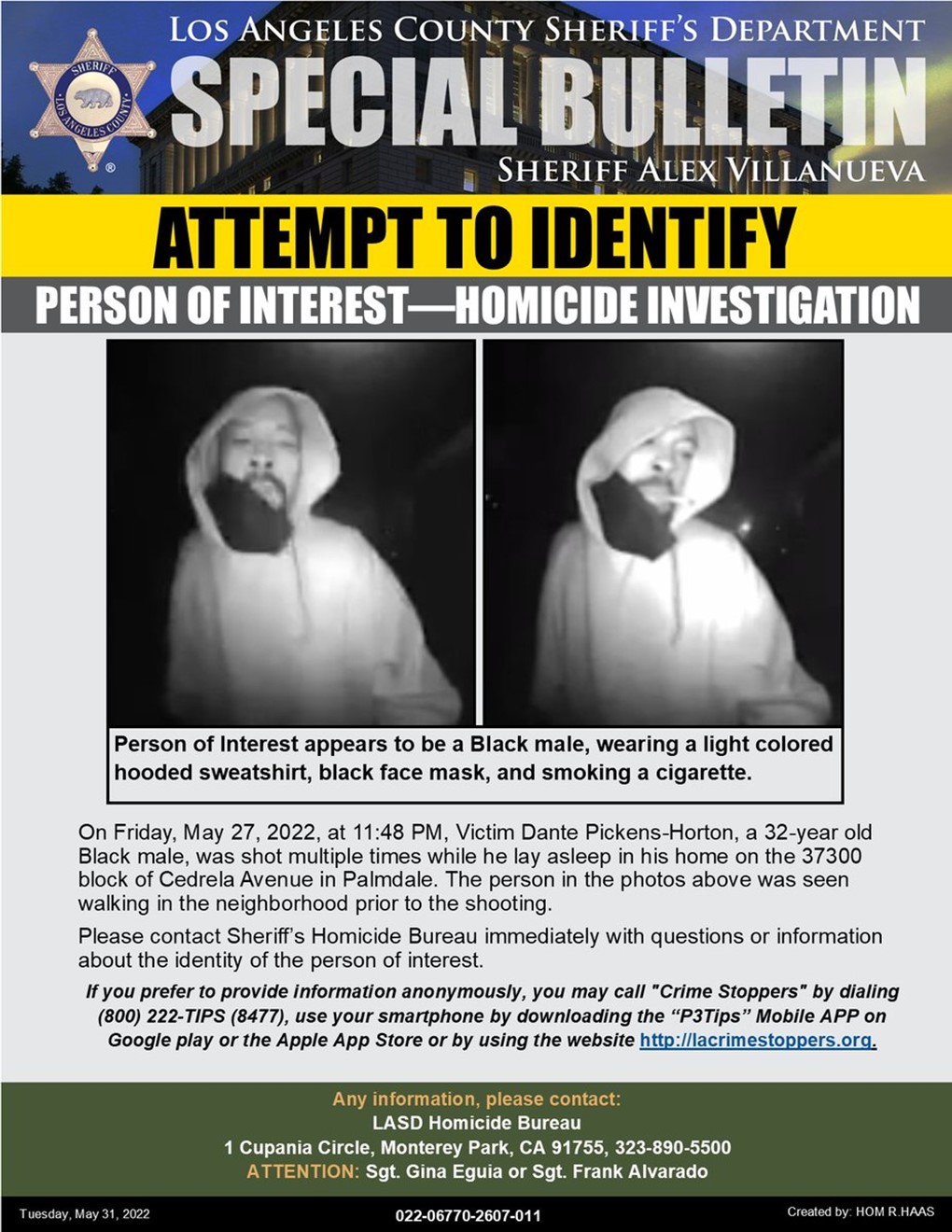 3 comments for "‘Person of interest’ sought in Palmdale homicide"