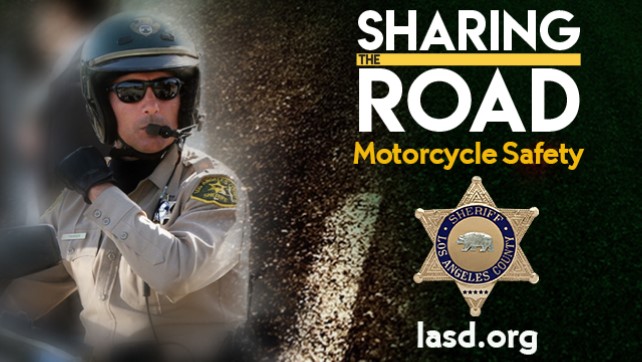 LANCASTER – The Los Angeles County Sheriff’s Department will have extra deputies on patrol this Wednesday looking for violations made by drivers and motorcyclists that increase the risk of crashes.

The motorcycle safety enforcement operation will be conducted between 6 a.m. and 4 p.m. Wednesday, May 18, in Lancaster, according to a news release by the Lancaster Sheriff’s Station.

“The top primary crash factors for motorcycles are unsafe speed, improper turning, right-of-way violations, driving under the influence and unsafe lane changes,” sheriff’s officials said in the news release. “Speeding is the most common, accounting for nearly a third of all crashes in the state.”

Sheriff’s officials offered the following tips for motorists and motorcyclists to protect themselves while driving or riding:

The Los Angeles County Sheriff’s Department will be holding other motorcycle safety enforcement operations throughout the month of May.
Funding for these operations is provided by a grant from the California Office of Traffic Safety, through the National Highway Traffic Safety Administration.