LANCASTER – Authorities are seeking the public’s help to locate an 89-year-old man who was reported missing on Wednesday, May 11.

Margarito Pedro Rizo was last seen around 11 a.m. in Valinda driving a 1995 red Ford Astro Van [CA plate 3PAV566], and was possibly heading to the 47000 block of 190th Street East in Lancaster, according to a news release from the Sheriff’s Information Bureau.

Rizo is Hispanic, 5-feet-6 inches and weighs 140 pounds, with brown eyes and grey hair. He was last seen wearing a blue hat with “YEYO” on it, a black jacket, a burgundy shirt and black pants. Rizo has a tattoo of a scorpion on his right arm.

“Mr. Rizo suffers from dementia, high blood pressure and high cholesterol… [his]  family is concerned for his well-being and are asking for the public’s help,” detectives said in the news release.

Anyone with information about Rizo’s whereabouts is encouraged to contact the Los Angeles County Sheriff’s Department’s Missing Persons Unit at 323-890-5500. 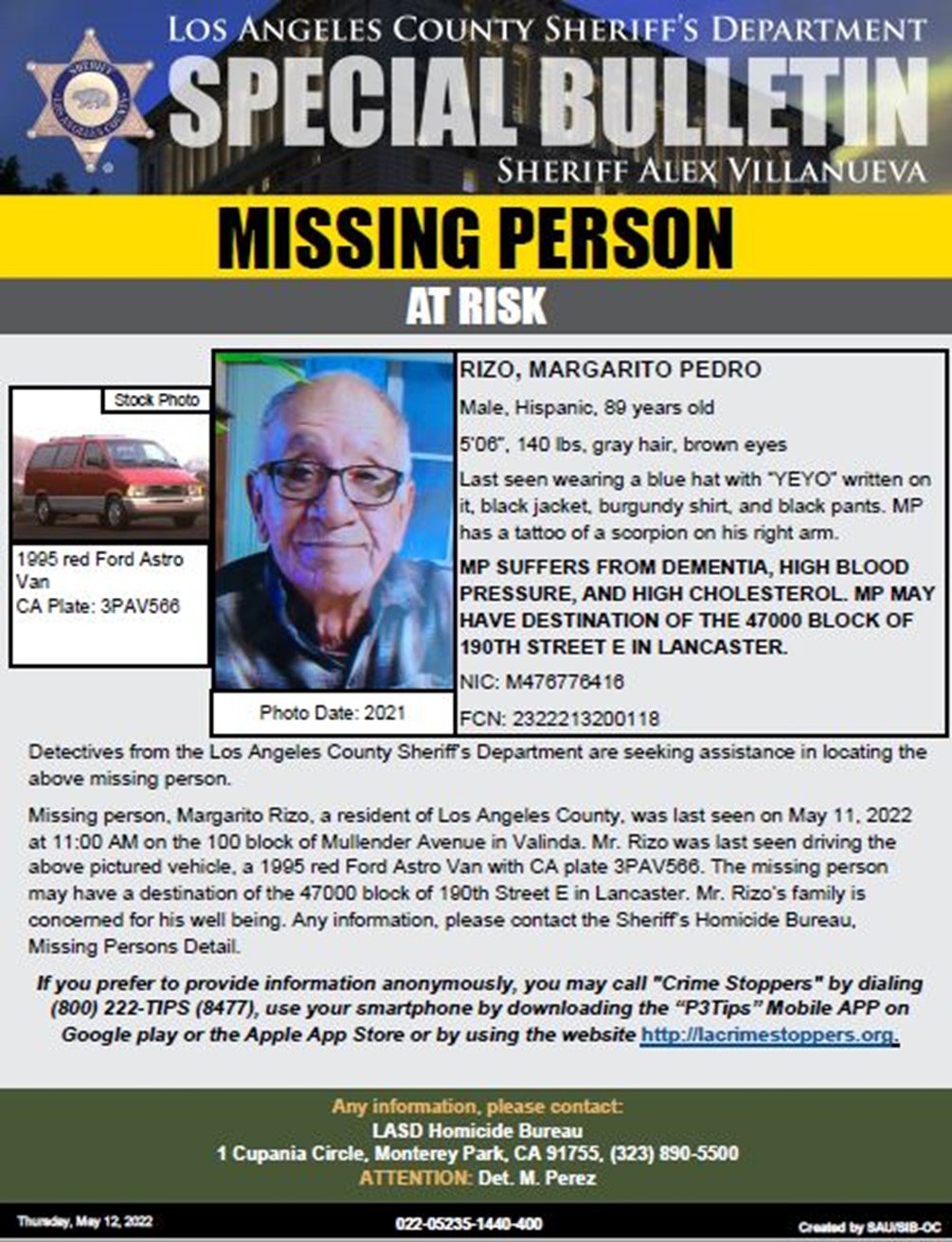